In the state of Louisiana, promissory notes are managed with the Louisiana Civil Code (CC) and Article 3 of the Louisiana Uniform Commercial Code (UCC).

Louisiana promissory notes can be secured or unsecured. 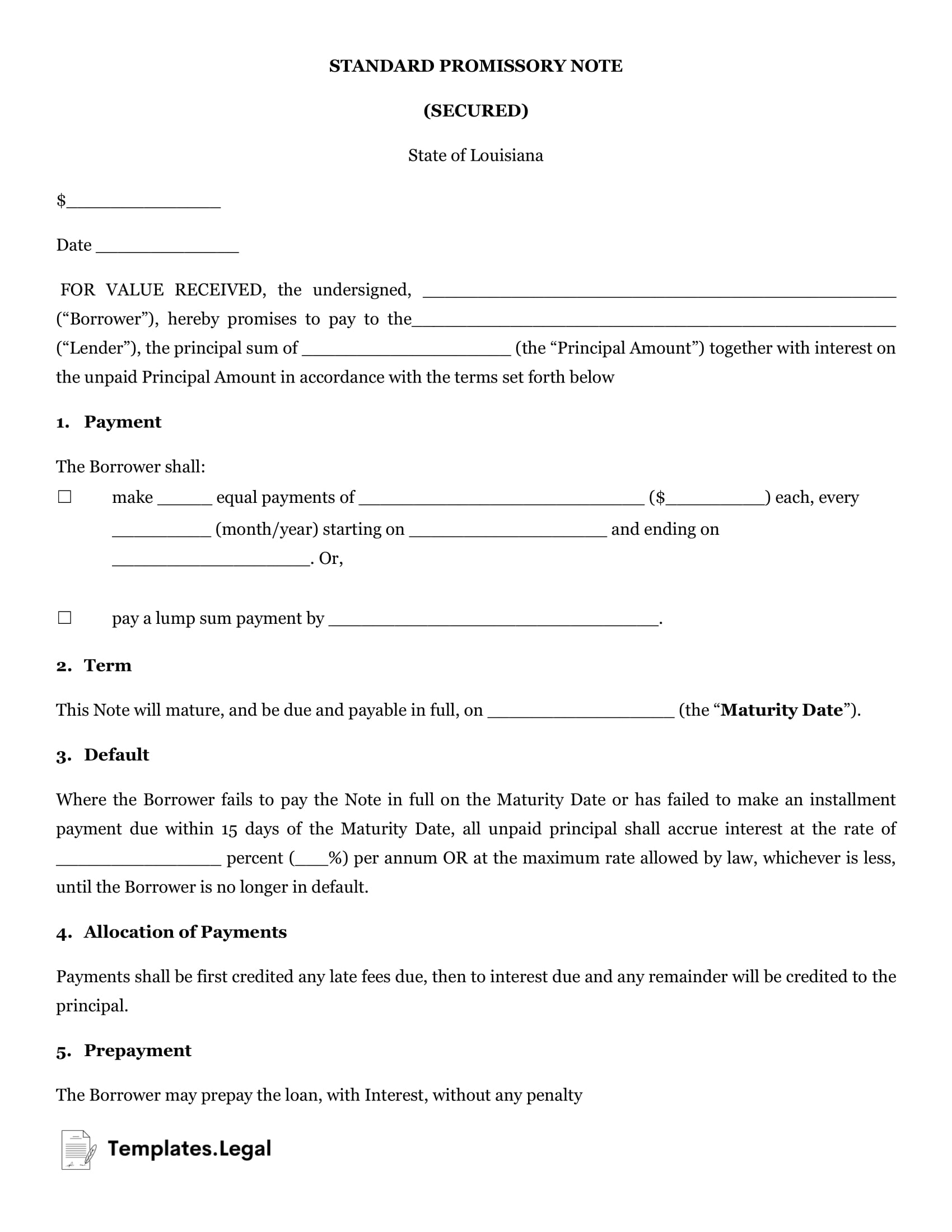 The usury rates or maximum interest rates regarding Louisiana promissory notes is 12% per annum, according to the Louisiana Revised Statutes 9:3500.

When a promissory note is unsecured, the promise of collateral isn’t made. Unsecured promissory notes are used between friends and family much of the time. This is because the worry of breaking terms with a friend or family member is often enough to make sure repayment happens. 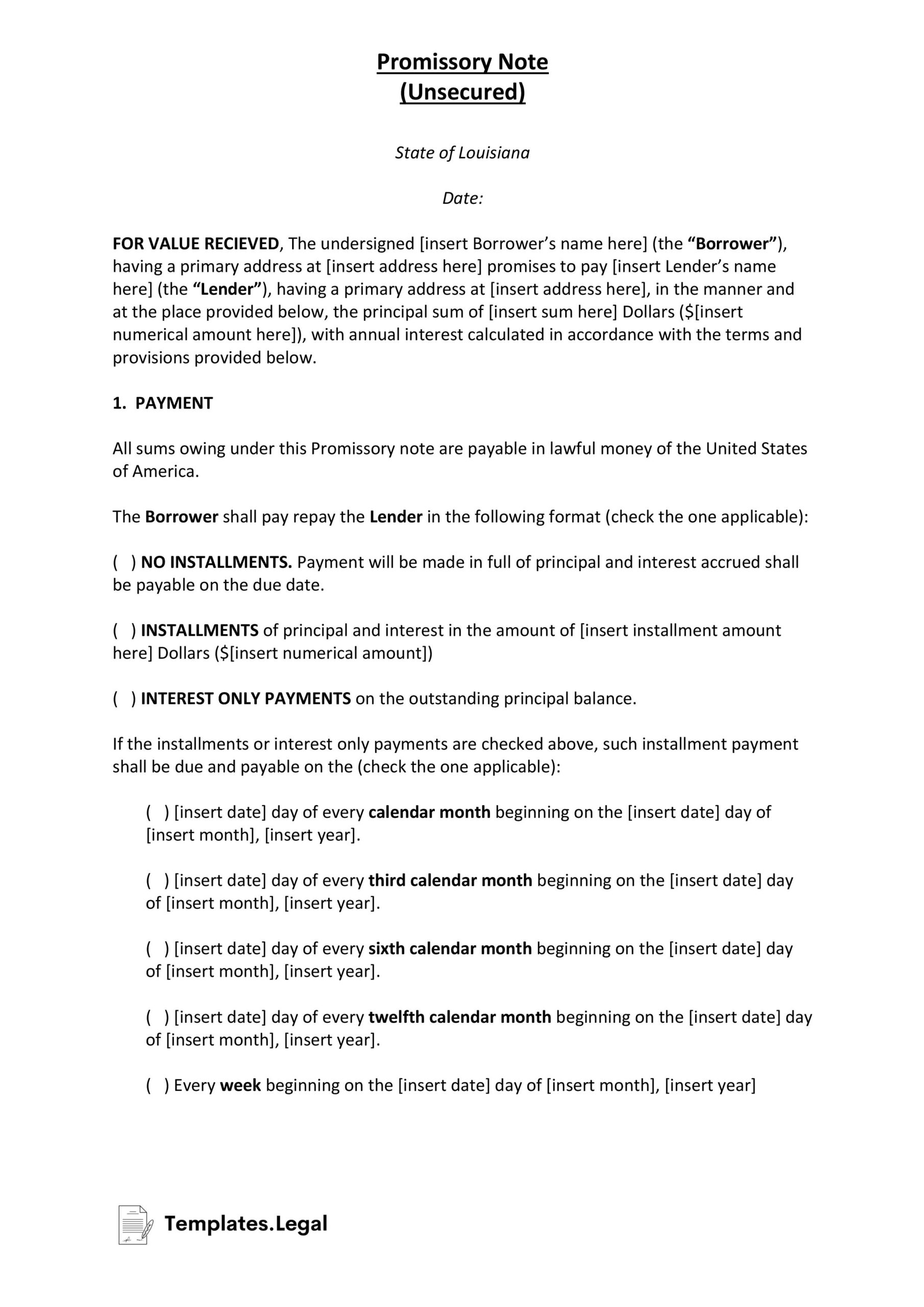 If a breach of contract does happen, enforcing repayment can be more complicated than with secured promissory notes. To remedy such a breach, lenders can file a court petition, for starters.

There are two methods to enforce secured promissory notes in Louisiana. First, notes can be administered through an ordinary proceeding. This includes the typical aspects of a lawsuit with answer and discovery, as well as trial and appeal. These notes can also be enforced through the executory proceeding, which needs an intensified level of proof and other evidence.

The parties always include a borrower (the person borrowing the money) and the lender (the person lending money). However, it might also include a co-signer as well as a witness’ signature.

The maximum amount of interest that can be charged in the state of Louisiana is 12% per year. If a lender charges more than 12% annually, they can face severe legal consequences.

Collecting from a promissory note in the state of Louisiana can be brought up where it was created or within the debtor’s residence.