A Maine promissory note isn’t uncommon. It’s a written formal “promise” between two parties. This includes the borrower, who borrows money, and the lender, who lends a loaned amount of money to the former. In this agreement, the borrower agrees to pay the monetary balance, including the accrued interest.

These promissory notes are useful for both the lender and borrower as they explicitly state expectations throughout the borrowing time period while emphasizing a repayment plan of sorts.

In the state of Maine, there’s a usury rate (or legal interest rate) of 6%, according to the state’s legislature.

There are two types of Maine promissory notes: secured or unsecured.

With a secured promissory note, the two parties choose and agree on items to use as collateral in case the borrower evades repayment. Collateral can mean lots of things, but in this case, typical items can include vehicles and homes. 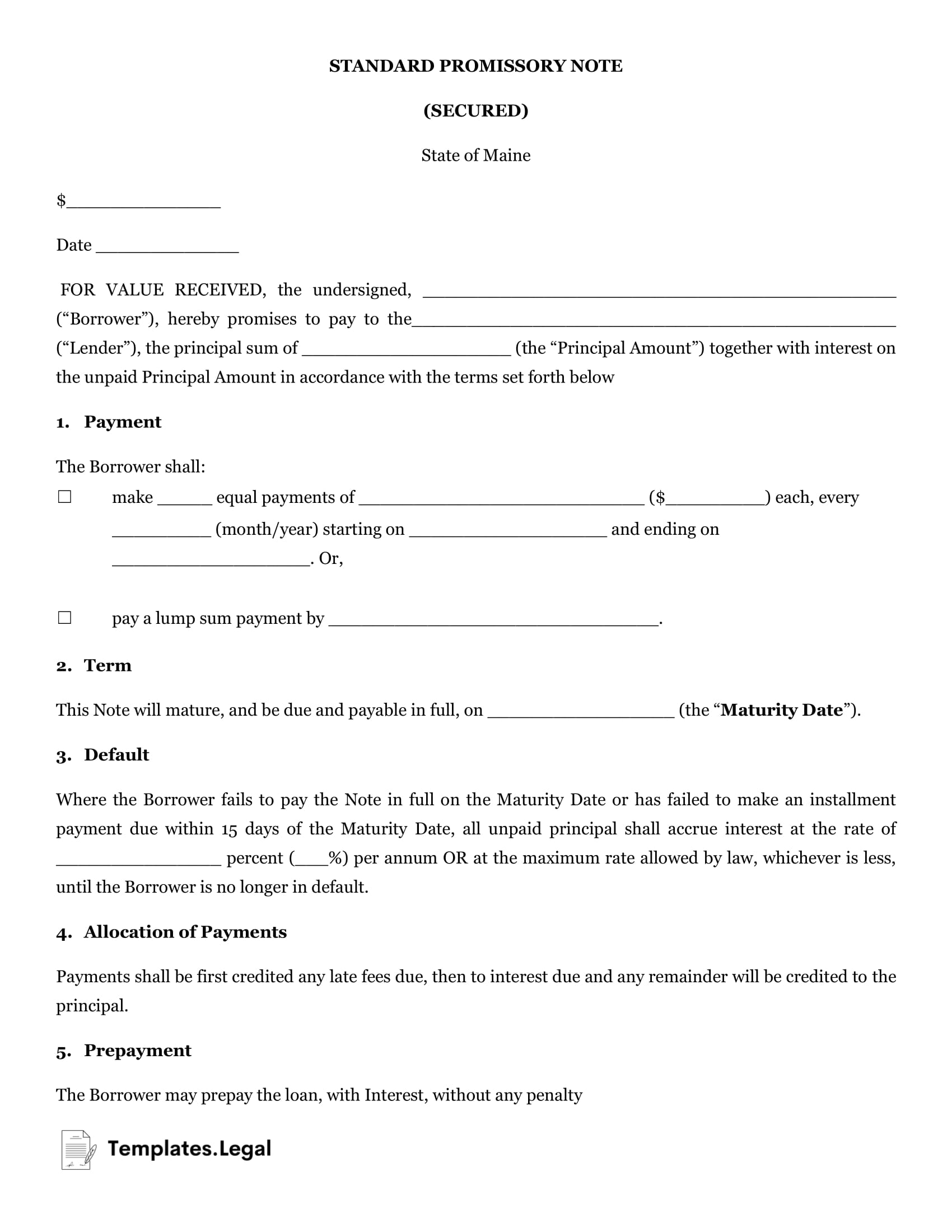 A promissory note template for Maine contains lots of valuable information. For example, this written agreement should have:

A free Maine promissory note that’s unsecured is just that — unsecured. These don’t include any type of security or collateral. As a result, the lender might find himself at a higher risk of losing the loaned amount of money. 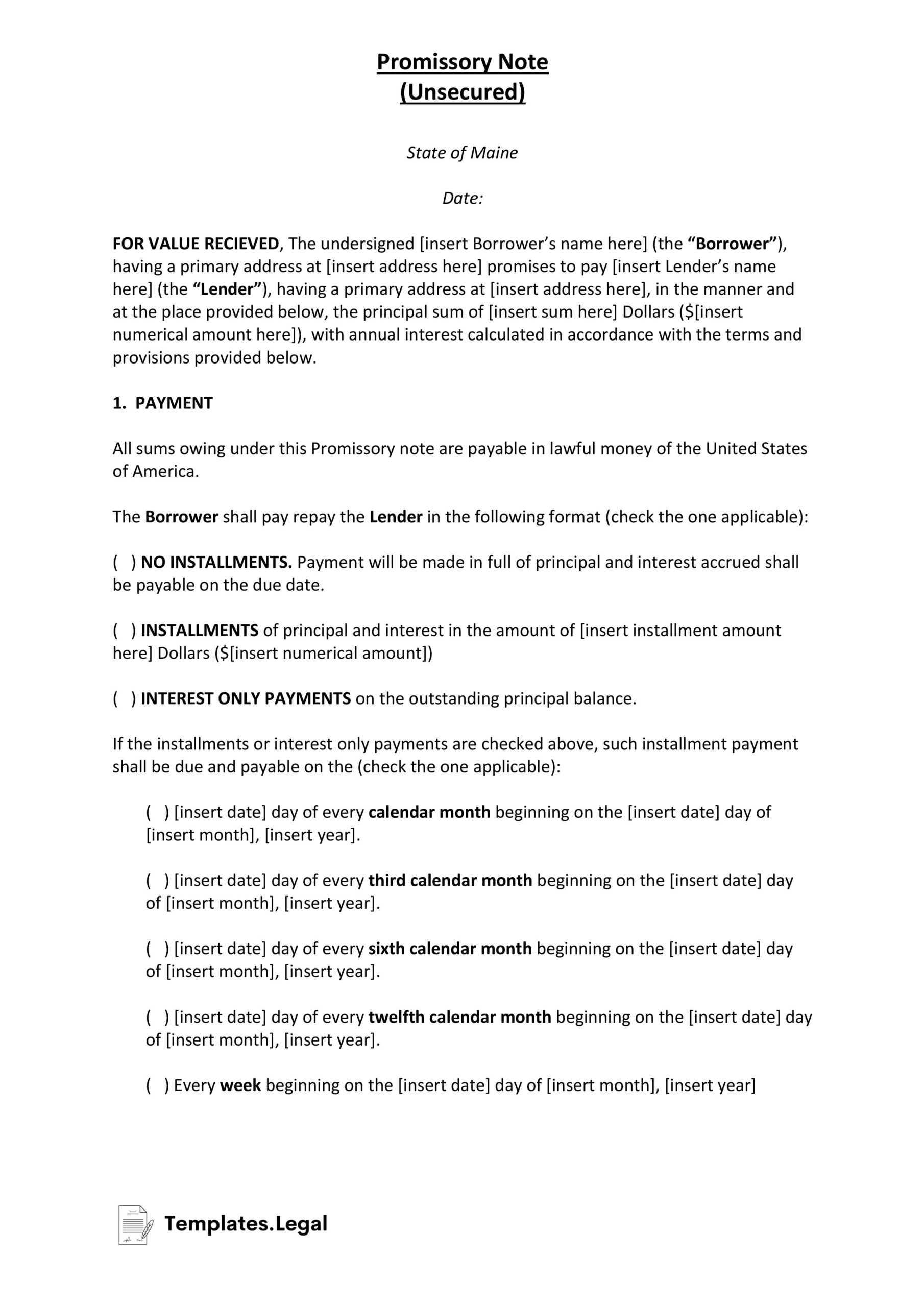 In this case, lenders should make sure the borrower in question has a history of good credit. People who choose to go with unsecured promissory note Maine forms are usually lifelong friends or family members.

Yes. For example, promissory notes that relate to a health-care-insurance receivable or general intangible that restricts or requires the borrower to the transfer of a security interest is ineffective if the terms impair the creation of a security interest or may lead to a default, breach or right of termination.

A severability clause makes sure the agreement stays valid even if one part is tossed out due to legality issues.

The maximum amount of interest that can be charged in the state of Maine is 6% per year. If a lender charges more than 6% annually, they can potentially face legal consequences.