Promissory notes are a type of financial document that shares characteristics with IOUs and legal loan agreements. There will be financial repercussions if the borrower fails to pay back the lender by the agreed-upon deadline, but the borrower would rarely face jail time.

There are two types of promissory notes: secured and unsecured.

The borrower will have to pay collateral if they cannot repay the lender. The collateral can be in the form of an asset equal to the amount of the debt owed, such as land, a vehicle, or a boat. The items used to pay back the lender will be stated in the promissory note before all parties sign. 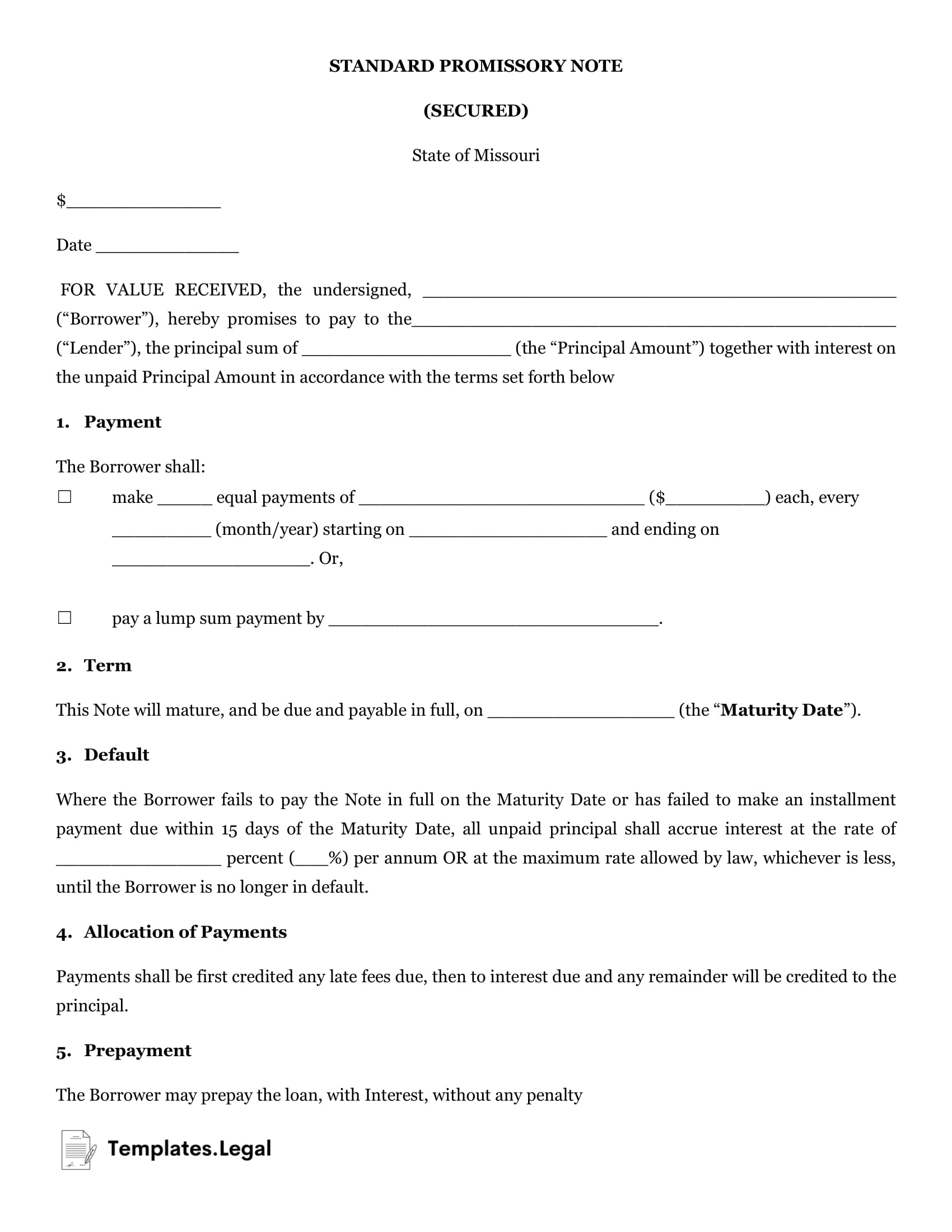 A secure promissory note Missouri form will typically include the following information:

If you look at an unsecured promissory note template Missouri, you won’t find any stipulation that the borrower must offer up an asset should they fail to make payments to the lender. As a result, this type of agreement is less binding. 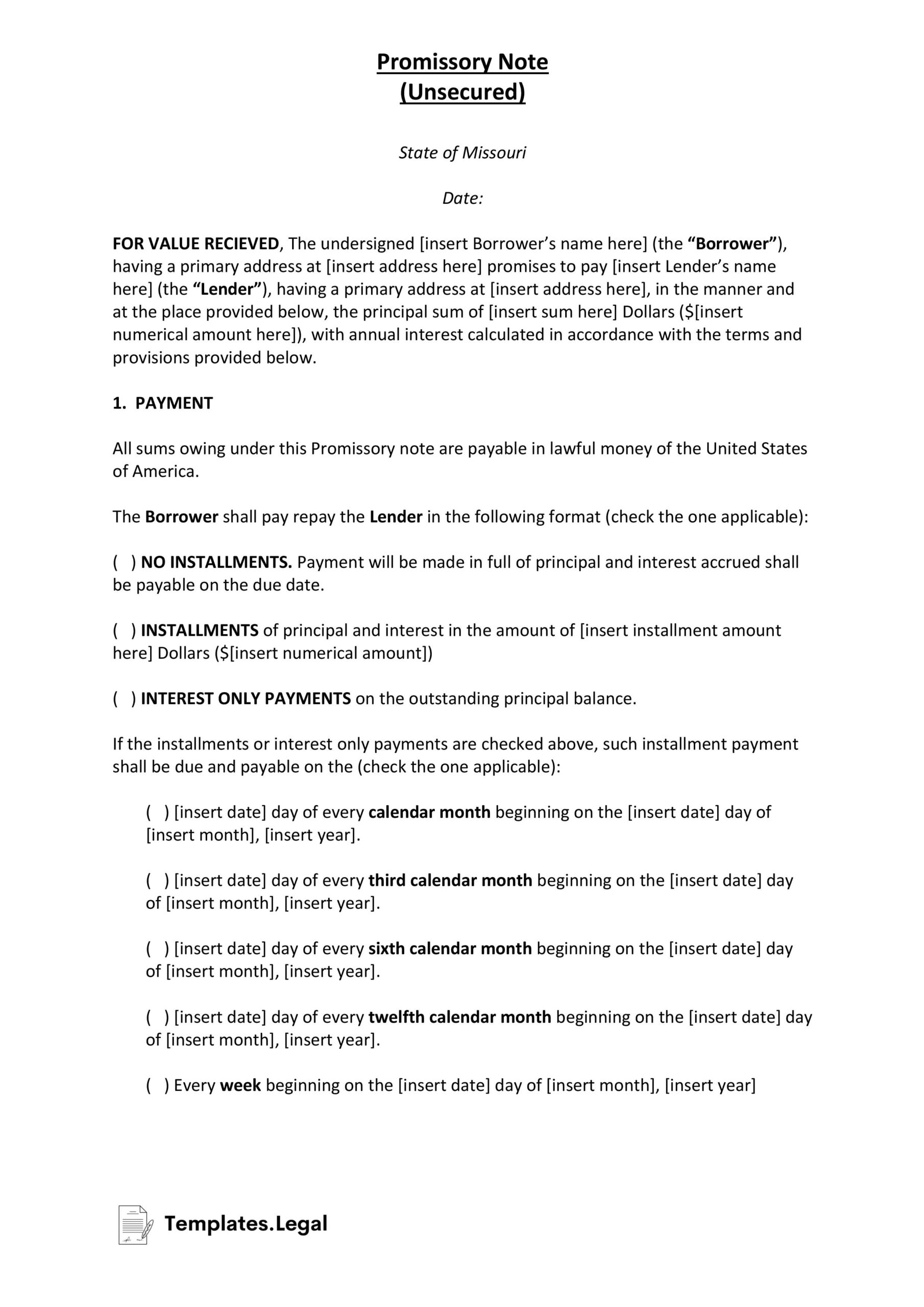 The lender thus has a harder time making the borrower pay. However, the lender can take the borrower to a small claims court to urge them to repay the full amount designated in the promissory note.

The Missouri Secretary of State Jay Ashcroft says you can pay small increments interest periodically or “in a lump sum at maturity,” meaning you’ll pay the original amount of the loan plus the interest all at once.

For the most part, yes. An unsecured free Missouri promissory note, for example, is a document that friends or family members would use because social capital is at stake should the borrower forfeit on repayment, and both parties tend to personally know the other before participating in a promissory note.

However, fraudulent promissory notes are among the leading sources of investor complaints to the North American Securities Administrators Association, according to the Missouri Secretary of State.

Deceitful actors may convince others to loan them money in a fake business promising plentiful returns without intending to actually repay the lender.

If used in a business investment pitch:

Avoid falling for scams. If you’re unsure about lending money, use a secured Missouri promissory note.