Promissory notes take the confusion out of a loan transaction. This document creates a record of the following:

A Nevada promissory note is a legally binding document that is more formal than an IOU but less so than a loan agreement. The lender has the right to legally enforce the terms of the promissory note should the borrower default on the payment.

Actions to enforce payment of the principal amount must occur within six years of the deadline, according to Nevada Legal Code 104.3118. Below is other pertinent information about promissory notes.

With a secured promissory note, the borrower must describe which of their assets will be used as collateral in case they cannot pay back the loan. By doing so, the lender ensures they will get something back for their investment no matter what. Secured notes are common in business or formal settings between parties who don’t know each other and would thus have weaker social capital between them. 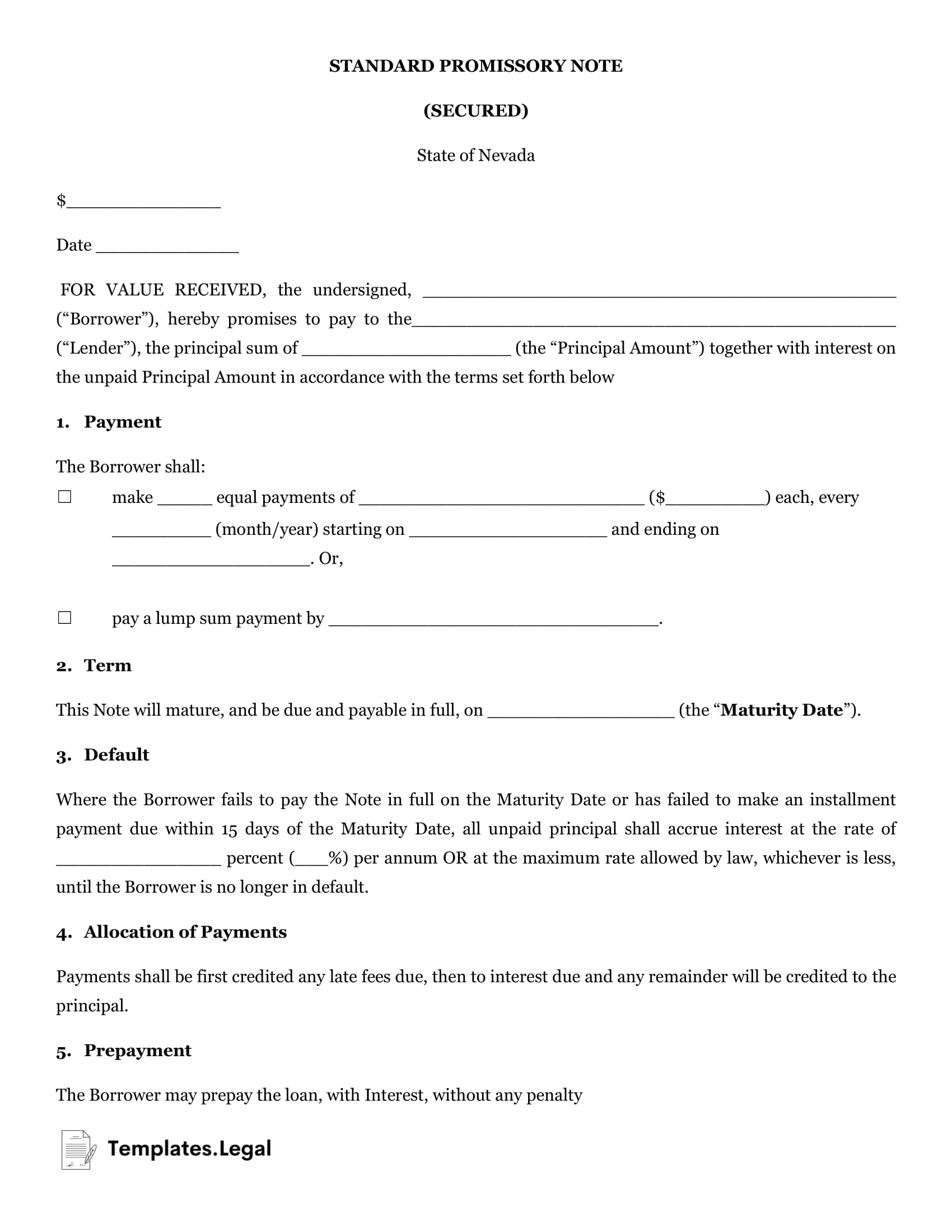 A promissory note Nevada form will require the following information:

A Nevada promissory note does not stipulate collateral assets. Therefore, if the borrower defaults on the loan, the lender has nothing to make up for the principal amount. 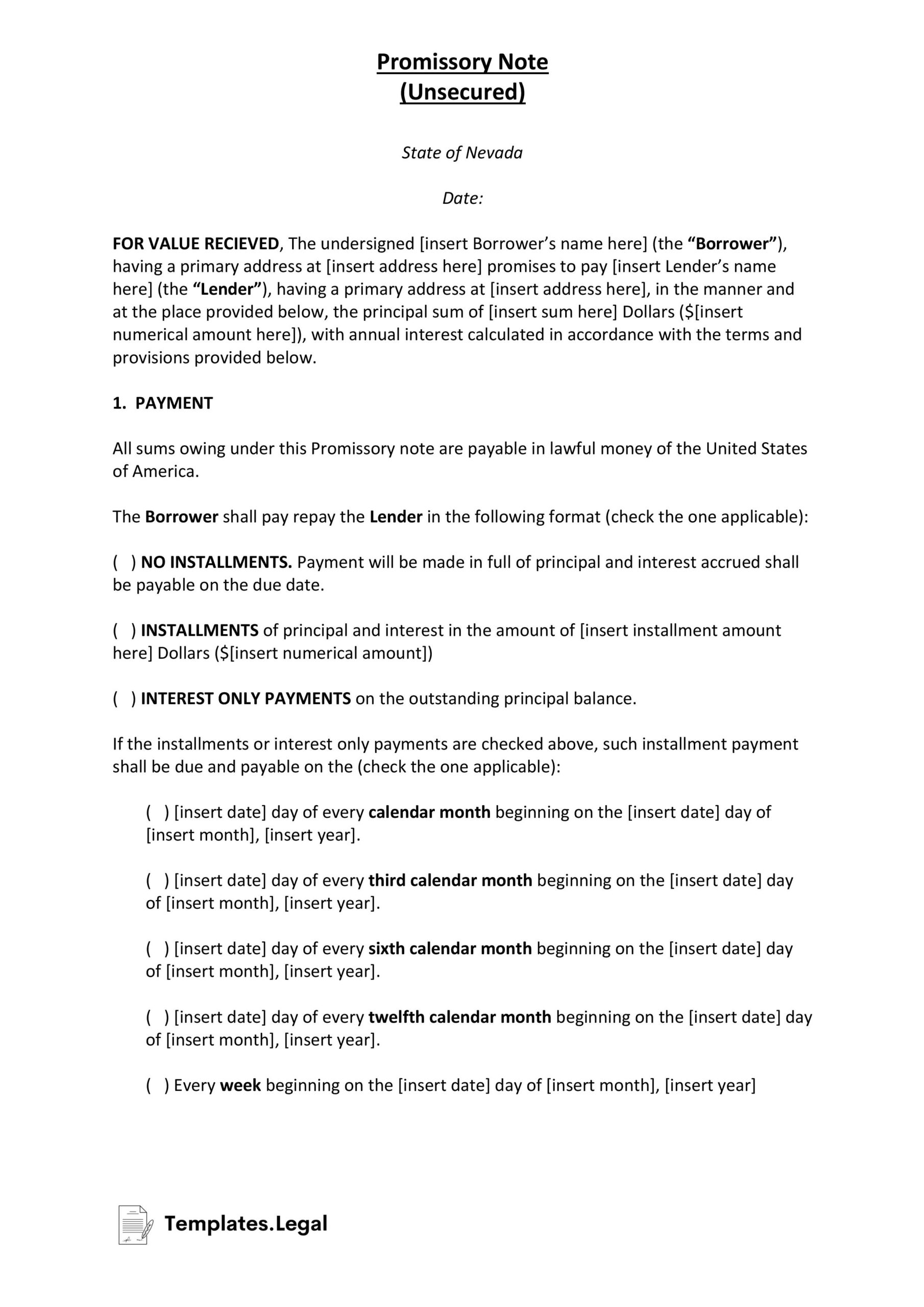 This is why unsecured promissory notes are common between friends or family members, as social capital is at stake instead. Though there’s no collateral, a lender can take the borrower to court to urge them to repay the amount owed.

A promissory note template Nevada will look the same as the secure promissory note, just without the collateral asset stipulation. The borrower or lender can find a free Nevada

promissory note online to get the lending process started.

No, they don’t. The borrower and lender can agree to the terms of interest — and whether to have it or not — before signing.

The two parties can stipulate how to charge interest on the note. Typically, promissory notes establish that the borrower will pay compound interest.

According to the Nevada Secretary of State, these signs include: