A promissory note is a formal loan agreement without all the legal jargon. Either a borrower or lender can find a free New Mexico promissory note template online and fill it out. The note will describe the parties involved in the deal, the amount owed, the deadline for the loan, and more.

The maximum interest rate for a New Mexico promissory note is 15%, according to New Mexico Statutes § 56-8-3. If the lender charges above that, they could face legal repercussions.

There are two types of New Mexico promissory notes: secured and unsecured.

A secured promissory note mandates the borrower offer a collateral asset should they default on the loan. The lender will receive some sort of compensation for lending the loan, whether monetary or otherwise. The security behind the note means that this is a rather secure investment on the lender’s part. 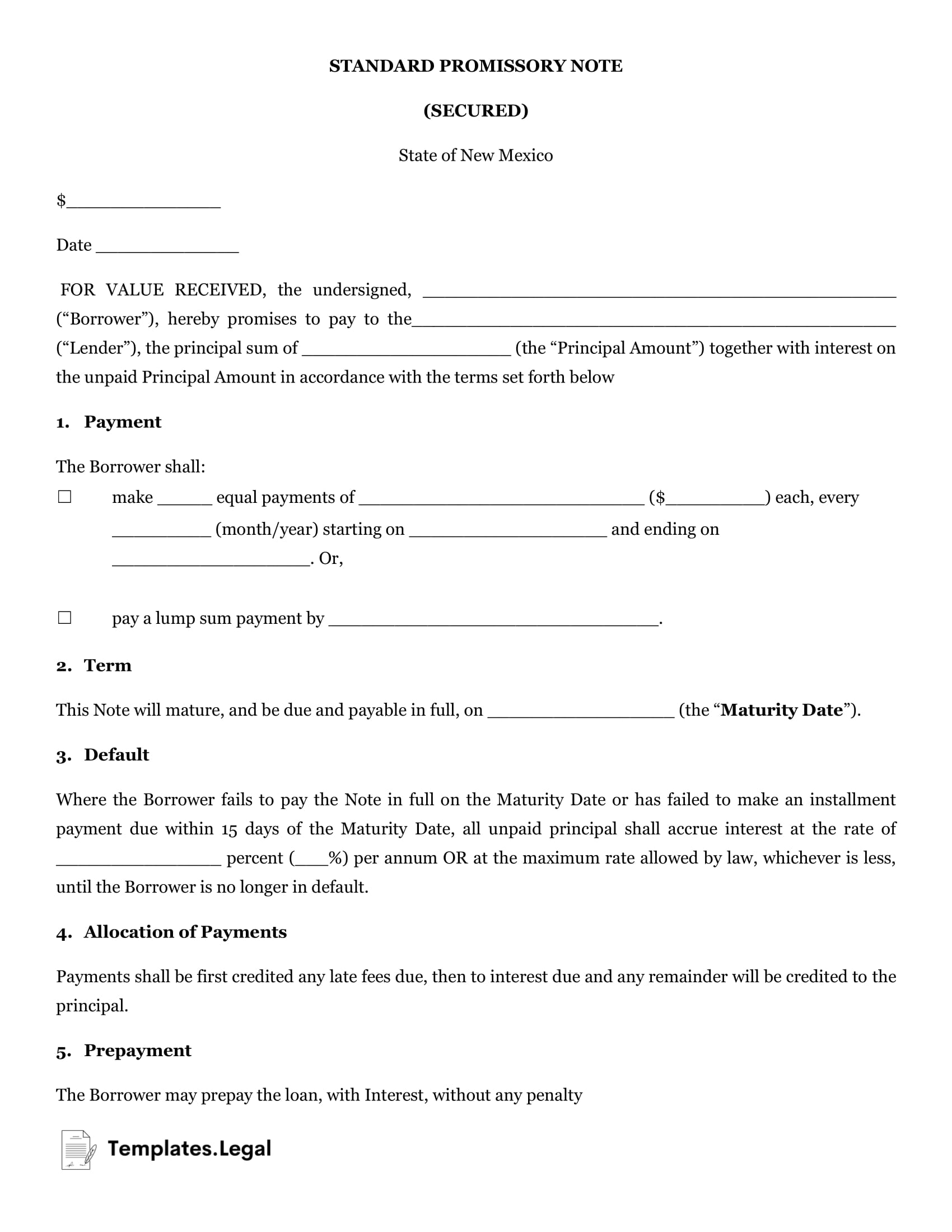 A promissory note New Mexico form will require almost all of the above information except for the collateral assets. Because there’s no alternative item used to pay back the lender, this loan is riskier on the lender’s part. 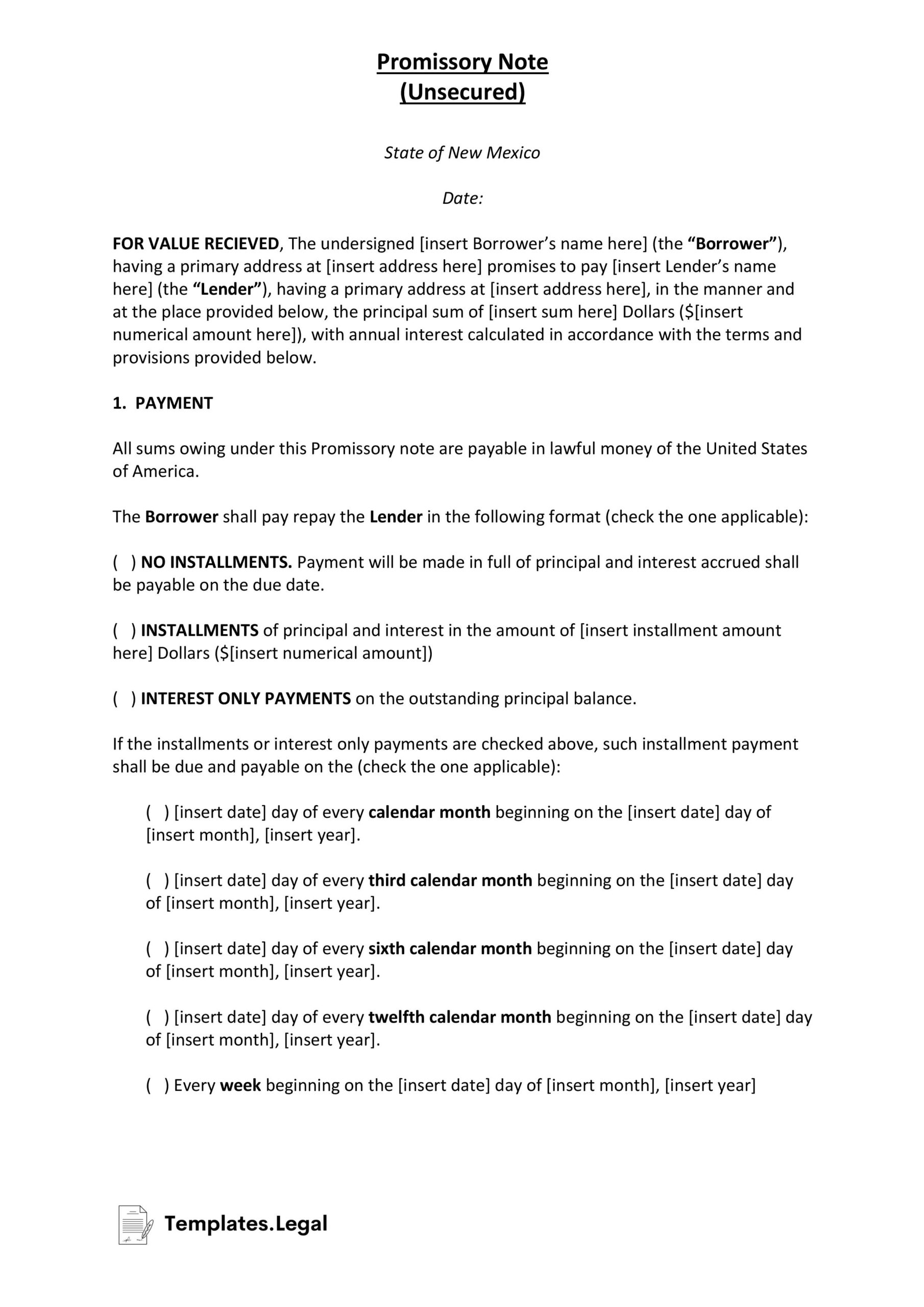 As a result, unsecured promissory notes are common between friends, family members, or other parties in which missing the loan would lead to serious social repercussions.

Even though a lender can’t get an asset should the borrower default, the note itself is still a legally binding document. The lender could take the borrower to a small claims court to urge a judge to rule in favor of the lender. Doing so would urge the borrower to pay back their promised amount sooner.

The lender has six years after the loan deadline to collect their debt, according to New Mexico Statute § 37-1-3.

There are different options available:

According to the United States Security and Exchange Commission: