An Oklahoma promissory note is a written agreement between two people, the lender and the borrower. These documents define the loan terms, including repayment details and interest rates, as well as the loan amount.

You can use secured or unsecured promissory notes in the state of Oklahoma. 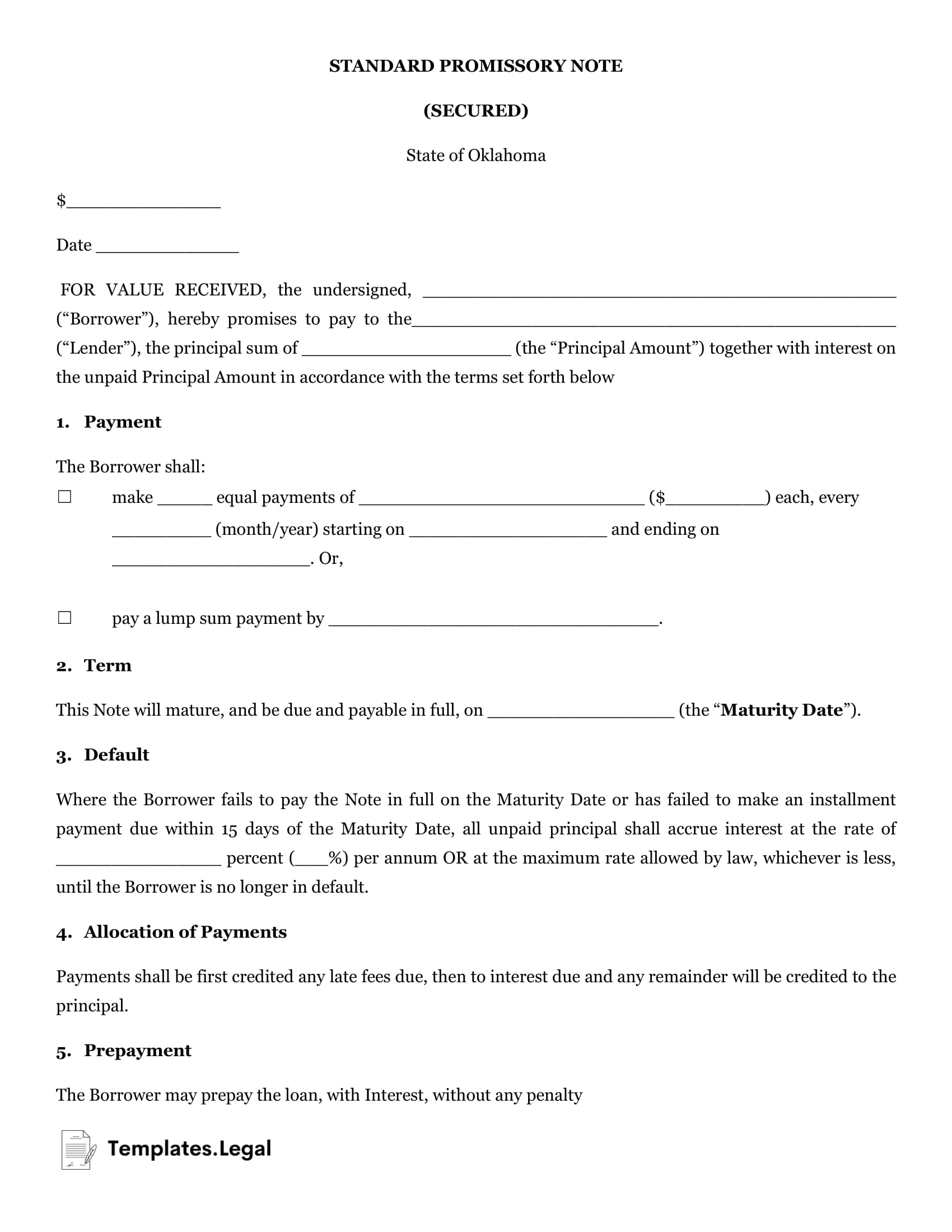 Promissory notes provide both the lender and the borrower with some measure of security. For the borrower, it guarantees that the maximum chargeable interest rate cannot exceed 6% per annum in Oklahoma.

Composing a promissory note can be done by anyone. It does not require specialized training. You can use a free Oklahoma promissory note template to put together a valid document quickly. You will need the following information:

A more casual approach is the unsecured promissory note. With this type of record, the borrower does not have to put up anything as a security deposit to obtain the loan. 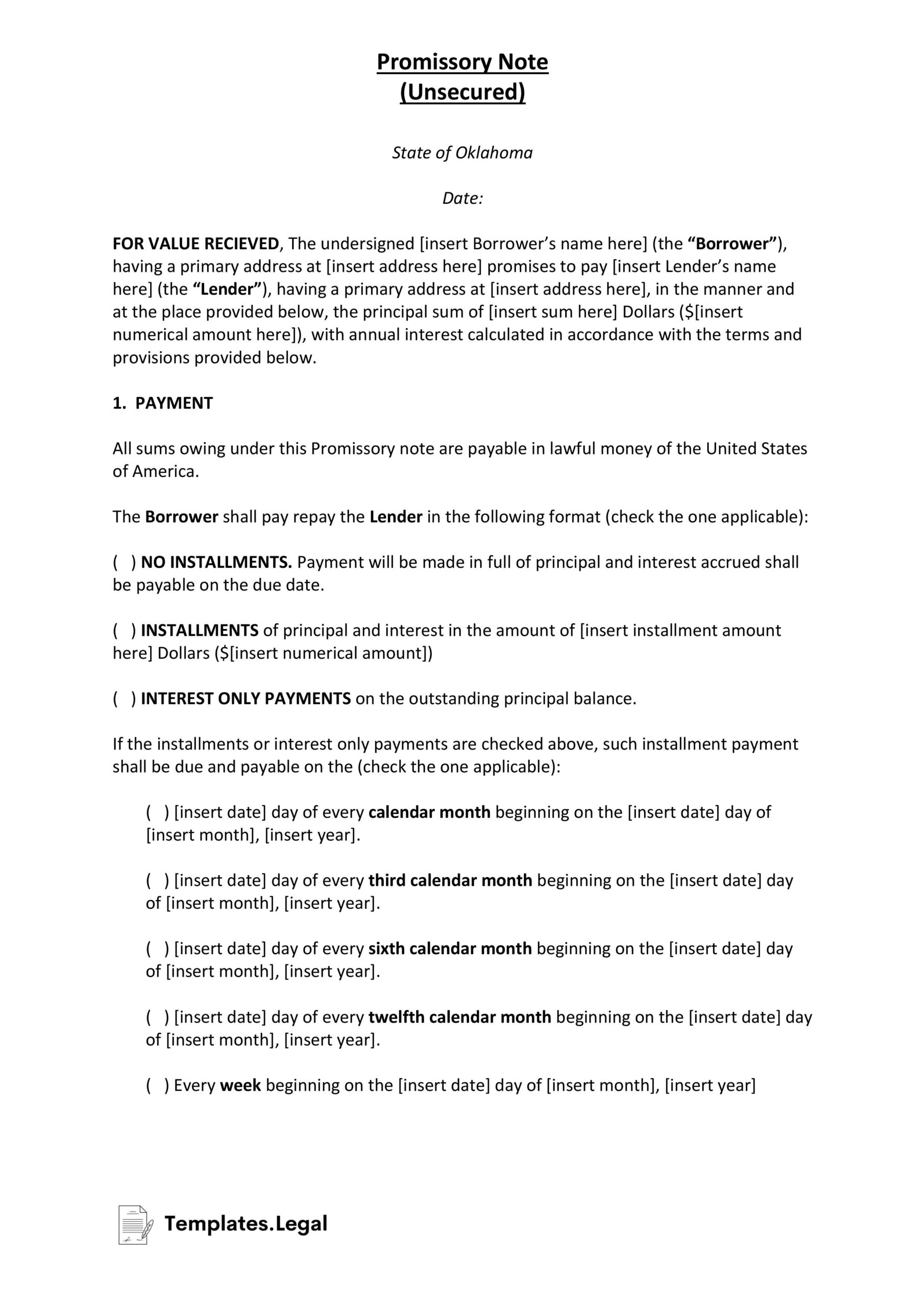 Because there is no collateral up for grabs, unsecured promissory notes leave the lender at risk of coming out of pocket if the borrower decides to void the contract. To resolve the situation, the lender must take the matter up in small claims court.

The Oklahoma Statutes Title 15 outlines that the usury (interest) rate of any money borrowed cannot exceed 6% unless agreed upon by both parties before the writing of the contract. This interest is a fixed rate, meaning the lender cannot increase the price to account for the current value of money.

In the state of Oklahoma, lenders have the right to enforce a promissory note if the borrower has violated the contract, such as failure to submit payment. If you are dealing with a secured loan, a lender can attempt to collect the collateral by themselves or through a professional. But with unsecured loans, any attempt to collect a debt will need to go to small claims court.