In the state of Oregon, promissory notes are legally binding agreements between a lender and a borrower. This document outlines the terms of the loan, including the amount borrowed, interest rate, and conditions of the contract.

In Oregon, promissory notes fall under the regulation of the Oregon Revised Statutes, Chapter 86.

A secure promissory note is a legally binding agreement between two people, a lender and a borrower. Secured promissory notes require the borrower to provide something of the same value as the loan to secure the money. 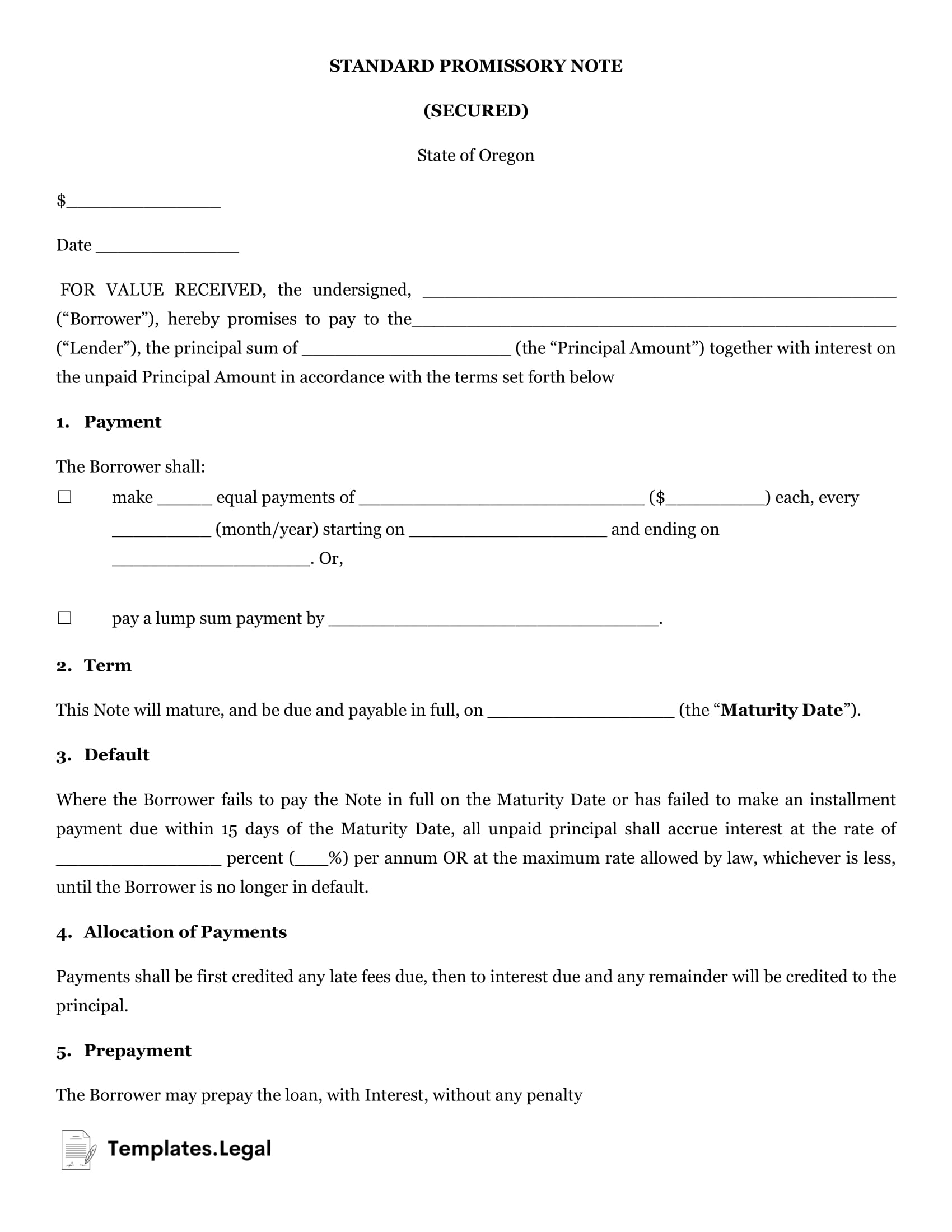 The state of Oregon’s maximum interest rate can be no higher than 9% per annum, as dictated by the Oregon Revised Statutes Chapter 82.

You can find a free Oregon promissory note template online. It’s simple to fill out so anyone can do it without legal assistance. You’ll need to include:

An unsecured promissory note puts the lender at risk because the borrower does not have to provide collateral to secure the loan. If the borrower decides to void the contract, it’s not easy for the lender to get their money back. 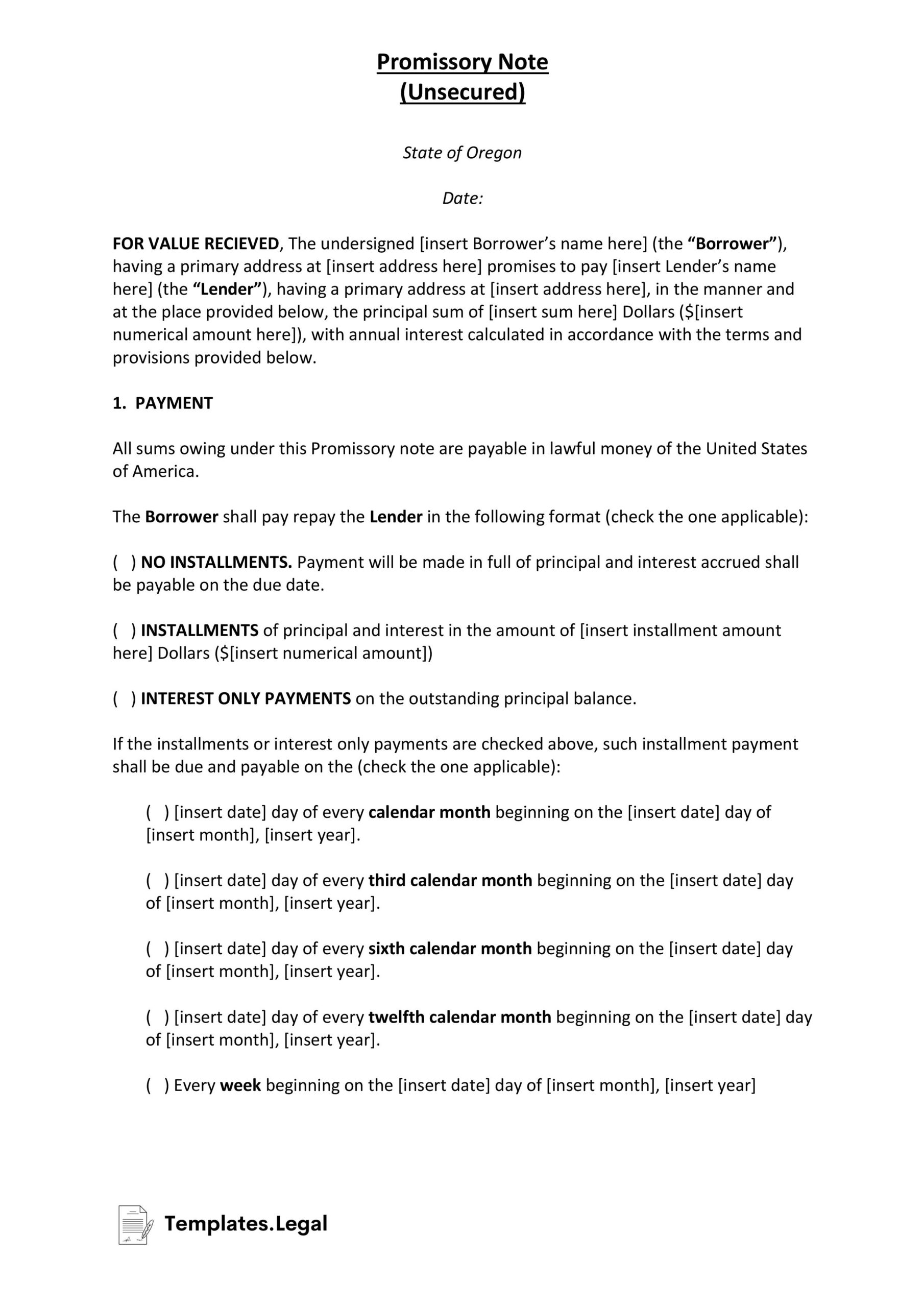 Unsecured loans are less formal and are common between family, friends, or between people with a high level of trust. The lender must take the matter to court for judgment within the statute of limitations to resolve a breached promissory note.

It should only take a few minutes to fill out an unsecured promissory note Oregon form. You’ll need the same information as the secured loan, except for the information regarding collateral.

In Oregon, a promissory note is good for up to six years. Lenders have until the end of the sixth year to resolve a void promissory note. If the situation is not resolved by that time, the statute of limitations ends. And the lender is stuck holding the purse.

Oregon Revised Statutes dictates that a lender is not allowed to charge more than 9% per year in interest. It’s best to have the interest terms agreed to before you sign the contract. And you want to ensure that you have a set interest rate that does not allow for fluctuation of interest over time.

To enforce a promissory note in Oregon, the lender can request a settlement with the borrower directly. Or they can also hire an outside agency to assist. For unsecured promissory notes, the lender must take the matter to court to get a judgment.

In Oregon, promissory notes require the signature of both the lender and the sender for the contract to be valid. Without both signatures, the deal is not legal. If one of the parties voids the agreement, the matter cannot be taken to court for judgment. The case will be thrown out.