A South Carolina promissory note is a standard document that is legally binding. It requires that a borrower pay back any money that gets received from a lender.

Like most States, a South Carolina promissory note will stipulate a time frame for payment to take place as well as terms and conditions related to the loan. Other stipulations may follow as required by the South Carolina Code of Laws, with details outlined in the state’s Consumer Protection Code.

A secured promissory note South Carolina form is an agreement made between the borrower and the lender in which the borrower agrees to put up collateral in case payment of the loan in not fulfilled. 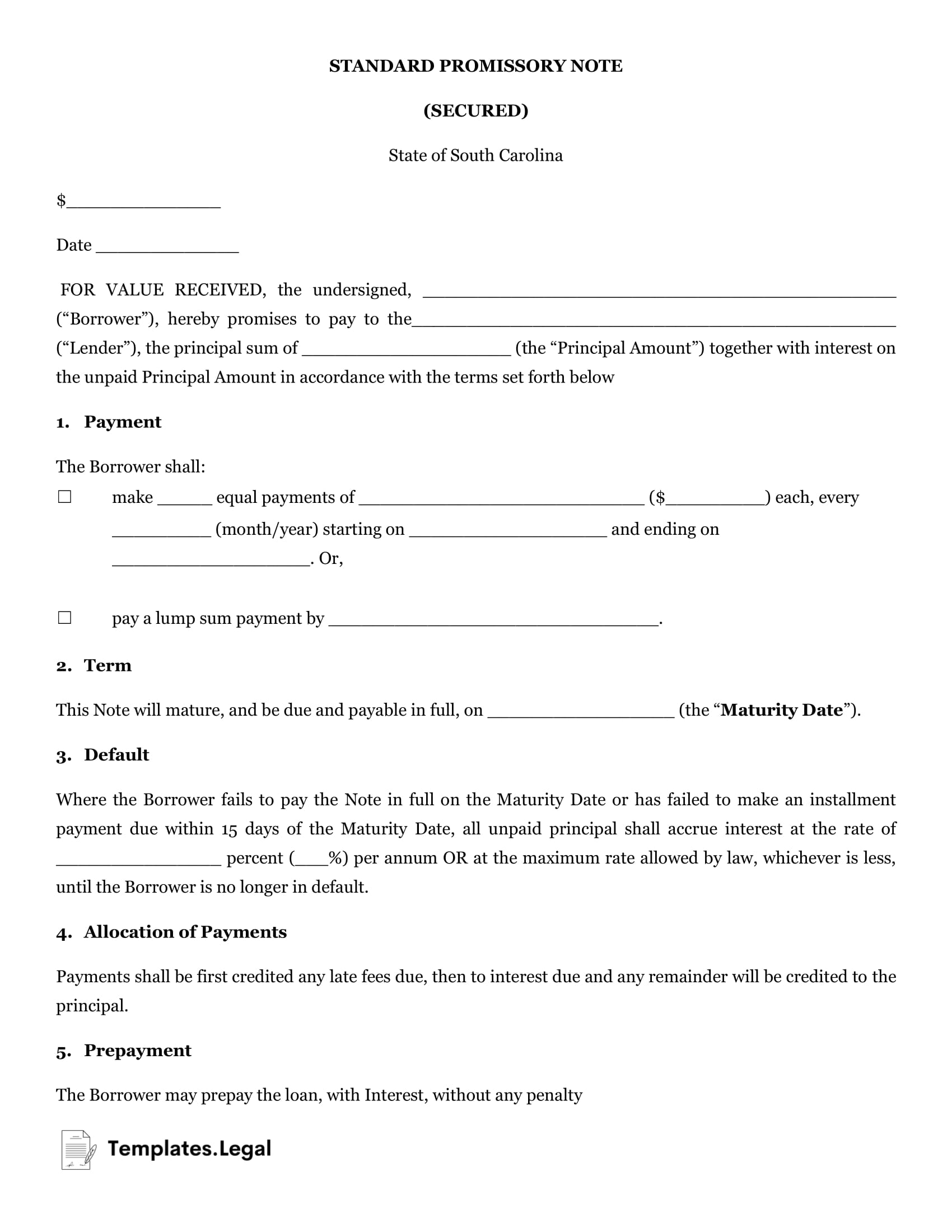 Typically, secured promissory notes are needed for large loans, including personal loans made from banks and other lenders.

Interest rates will typically accompany the promissory note. In South Carolina, Title 34 of the South Carolina code of laws indicates that the interest rate depends on the amount of the loan and whether it is in writing.

When filling out a free South Carolina promissory note template, you will find it is straightforward. Components of the note include: 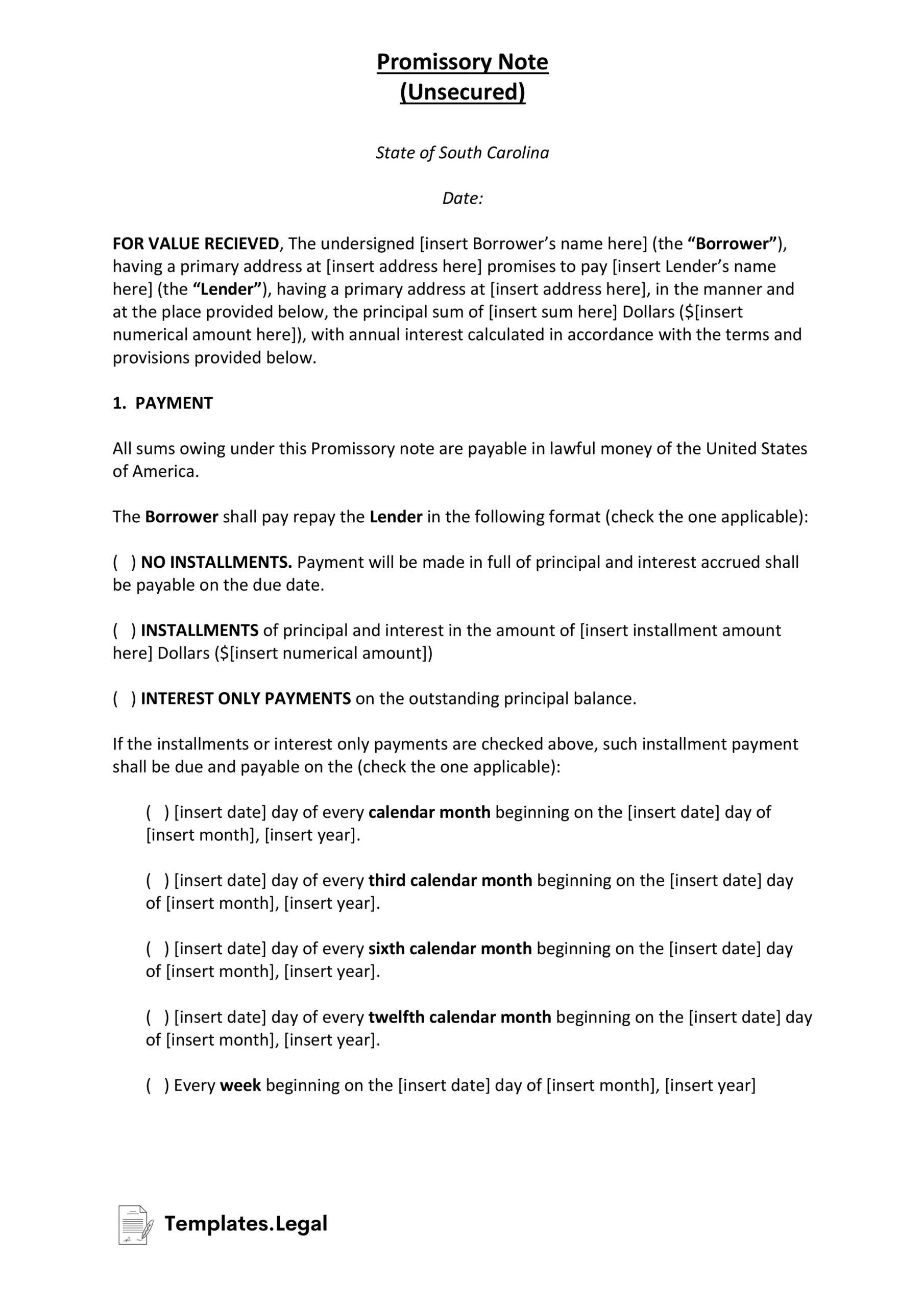 The drawback is that because these notes are unsecured, enforcing repayment or maintaining a strict repayment plan may be difficult.

Yes. As stipulated by the South Carolina Code of Laws Title 34, the interest rate depends on whether the note is in writing and the amount of the loan.

If the note is in writing and relates to a consumer loan and is less than $25,000, then the maximum amount of interest that can be charged is an annual 12% though there can be negotiations between parties for a cheaper interest rate.

If there is no written agreement, or if interest is not mentioned in the promissory note, then the interest rate can be no more than 8.75%.

In the state of South Carolina, no law stipulates a note needs to have notarization to be a legally binding document.

The document should outline the amount of the loan, the borrower, the lender, and the signatures of both parties. It should also include any securities and clauses too.

The collateral will typically be an asset like a home or a vehicle, though it can include any collateral as well. Before the agreement gets written up, there is usually an assessment of the collateral.

If there is a lack of detail about the collateral in the promissory note, the lender may miss out on being able to collect on it if the debt gets called upon.