A New York last will and testament is another word for a written statement of instructions describing what someone wants to be done with their estate after they die. Their estate can include real and personal property, digital assets, financial accounts, and fiduciary funds. 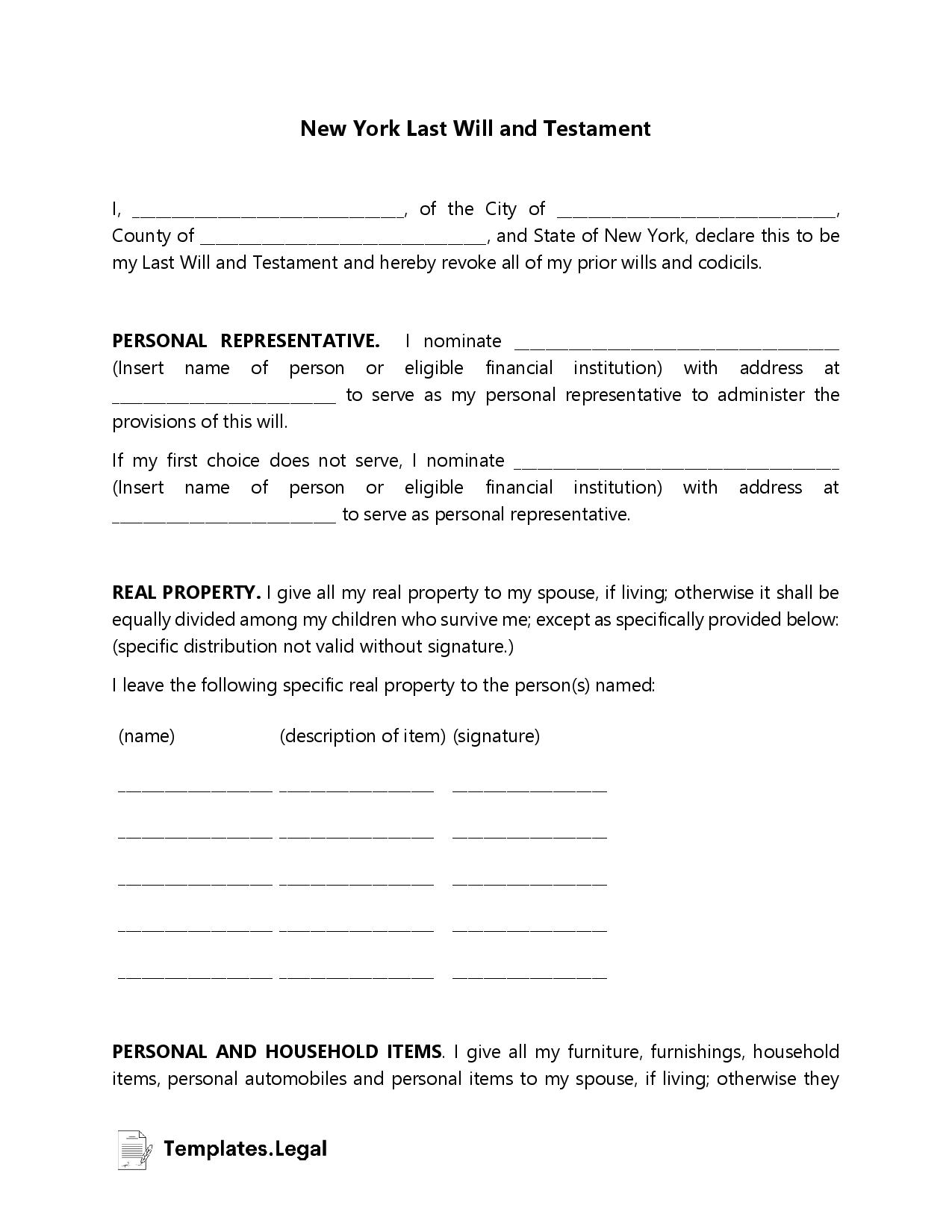 New York wills can appoint new guardians for children of the creator of the will, otherwise known as the testator. These wills and testaments can also discuss the future care of spouses and pets.

Last wills and testaments are different from living wills because they detail what should be done with a person’s property and acquired wealth after they die. Living wills, on the other hand, include decisions on what someone wants if they become incapacitated or unable to make decisions for themselves while still alive.

Filing a will in New York is different from other states, so be sure to read the specific instructions below before filing your will or acquiring someone else’s.

How to Make a Last Will and Testament in New York

Making a last will and testament in New York is more involved than just writing your wishes on paper.

A notary is not required for a will template in New York.

What To Do Next With a New York Last Will

A New York last will and testament will need to be filed in the Surrogate’s Court and admitted for probate before anything can move forward with the wishes outlined in the will. The death certificate and a probate petition must be included for the will to move forward in court.

These documents for a New York will can be submitted online at NYSCEF.

Once the judge of the surrogate’s court approves the will, the executor named in the will can distribute the estate appropriately.

A New York Will must be in writing, dated and signed by the maker of the Will with two witnesses’ signatures and addresses.

Since it is not required to use a lawyer or have a notary for your last will and testament in New York, it does not have to cost anything to create your will. If you have a large number of assets or property to distribute, it could cost up to $1,200 for the cost of a lawyer.

No, a will does not need to be notarized in New York to be valid.

Yes, you can write your own will in New York if you like. Follow the New York free last will and testament template mentioned above.

As long as the will has proper witnesses and information, it can still be valid in New York.