Most of us have heard about a promissory note and, perhaps at one time or another, some of us may have already made one. In its simplest form, a promissory note form is a written IOU promising to pay a certain party a debt. This also applies in the business world, although it becomes more formal. Here, a promissory note PDF is a document that carries more meaning. 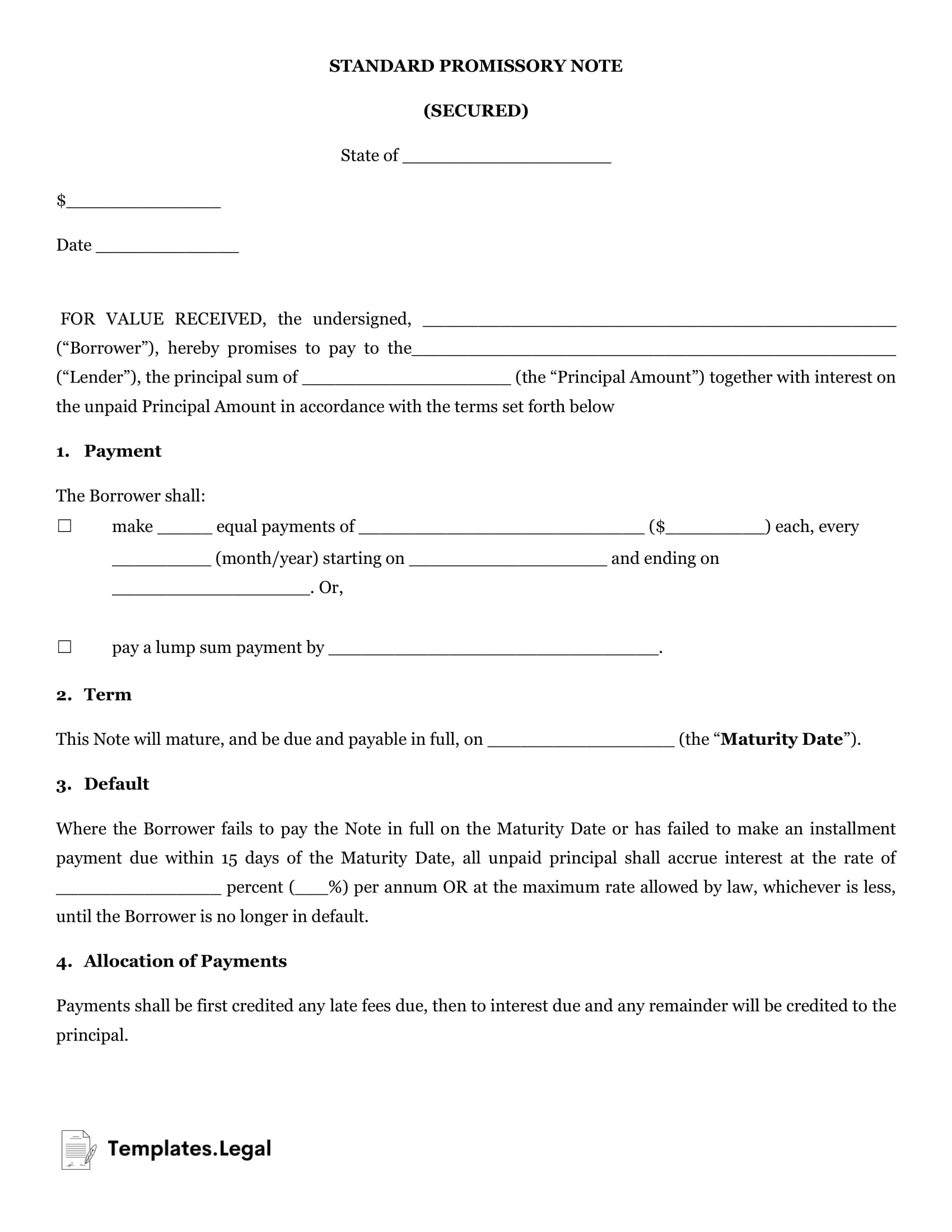 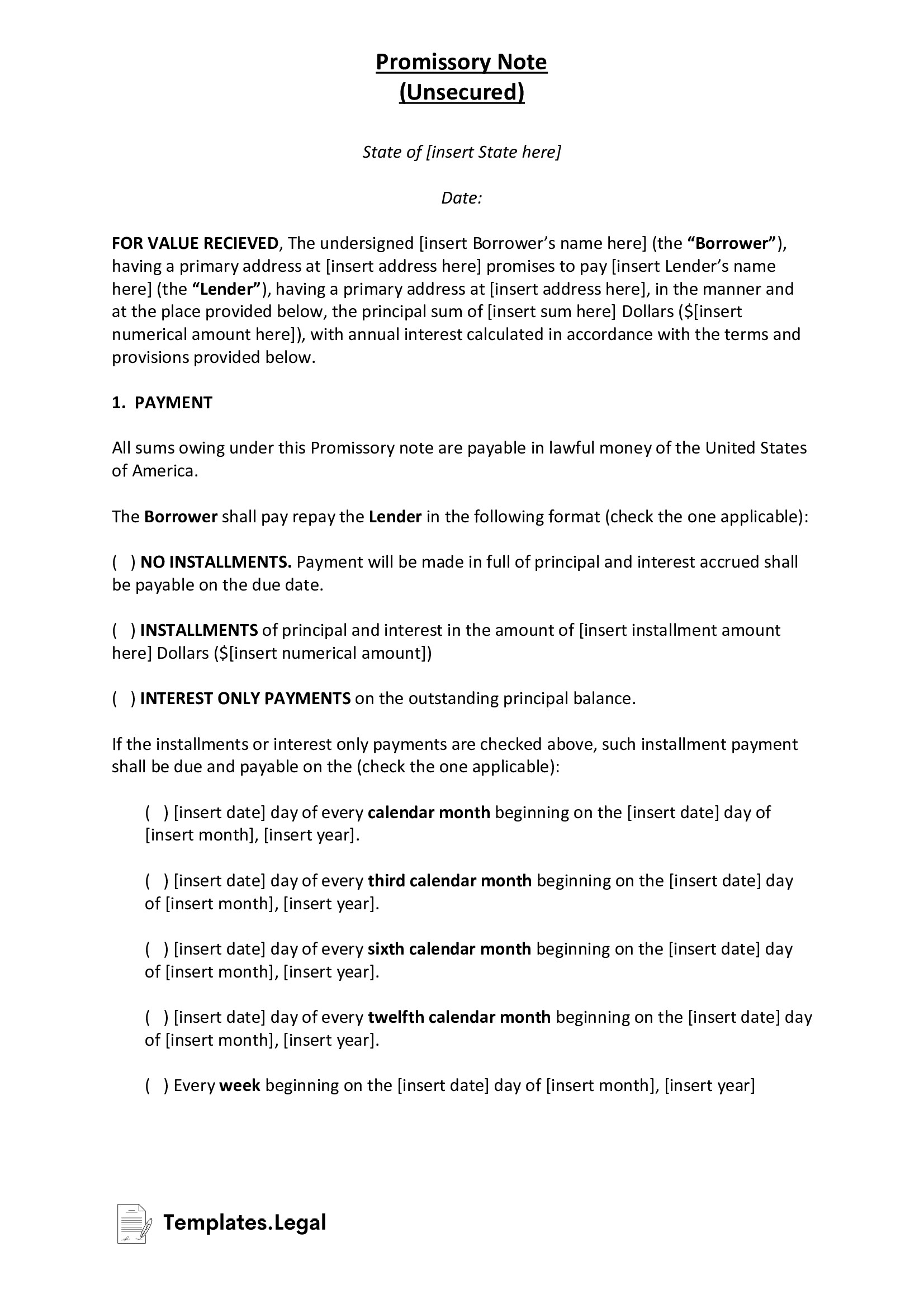 How does a promissory note work?

Regarding the legal enforceability of a promissory note, you can say that it lies between the common IOU’s informality and a loan contract’s rigidity. In an IOU, there is an acknowledgment of the existence of the debt and the amount that the issuer owes the payee.

But a promissory note template includes more elements such as a specific payment promise along with the steps the borrower will follow. Related to these is a loan contract which differs from a simple promissory note as the lender states his right to recourse if the borrower doesn’t pay as agreed.

Such conditions are usually not found in a simple note. A promissory note may contain the penalty of non-payment, but it usually won’t contain the course of action to take if the borrower fails to pay in a timely manner. Even if these notes aren’t conditional, they are still negotiable instruments used extensively in business dealings.

At times, many people will sign such a note even without knowing it. For instance, the process of acquiring student loans involves the signing of a promissory note form. With private lenders, they require the students to provide this note for every loan they take.

In some schools, it would only require the signing of a master note to release a federal student loan. After the processing of this note, the student may receive several federal loans for as long as his/her school provides proof of the continued eligibility of the student.

Even promissory note examples for student loans contain the outlines of the responsibilities and rights of the student and those of the student loan. When they sign the note for their federal loans, they are already bound to repay the total amount of the loan including the fees and interest that go with it.

Even homeowners think that the mortgage they took as a responsibility to pay back the money which they had borrowed to purchase their home is just that, a mortgage. It’s also considered a promissory note. These borrowers signed the note as a requirement of the financial process in securing a loan.

It represents their promise to repay the loan together with all the stipulated repayment terms. Such note defines the debt amount, late fees, and the interest rate. In their situation, the lender will hold on to their promissory note PDF until such time when the mortgage has been completely paid.

Unlike the mortgage or a deed of trust, a simple promissory note isn’t registered in the land records of the county. People who cannot qualify to obtain mortgages to buy a home can still do so using a promissory note template. They go through a deal known as “take-back mortgage.”

The mechanics of this process are fairly simple. The one selling the property holds on to the mortgage of the property while the buyer provides a promissory note form stating his willingness to pay the full price for the property plus the interest rate that they agreed upon on a regular installment basis. Such payments stipulated in the note may result in positive cash flow.

In general, buyers dole out large down payments when purchasing a house on mortgage. This may strengthen the confidence of the county in the capacity of the buyer to make payments in the future. This can vary, depending upon the state and location. In most cases, the deed of the property is what they use as collateral.

This can revert back to the seller if and when the buyer cannot fulfill his obligations. There are also cases when a third-party may come into play as a creditor in the take-back mortgage in place of the seller. In such a case, matters can get more complex as it may lead to legal issues should the buyer default on his obligations.

On the seller’s perspective, the composition and contents of a promissory note example become very important. For instance, from a tax perspective, it’s recommended to set a higher price sale for the home, then charge a lower rate of interest to the buyer.

Doing this makes capital gains tax-free on the home’s sale, although the interest will get taxed. On the other hand, a low selling price with a high-rate interest rate is more advantageous for the purchaser as he can write the interest off.

Moreover, if the buyer can faithfully pay the seller after one year or more, he may refinance at a reduced rate through the bank with a traditional mortgage. In such a case, it becomes ironic that the purchaser, after building up the property’s equity, won’t have any problems getting refinancing from to purchase it from the bank.

Characteristics of a promissory note

A promissory note is an official financial document issued by an entity where he/she promises to pay a debt he/she owes to another entity. It’s a written tool with the maker’s signature which includes a promise to repay a certain amount of money either on an agreed-upon date or on-demand and under the terms.

A promissory note template is a short-term tool that doesn’t amount to either a currency note or a banknote. Its characteristics include:

Parties of a promissory note

The contents of a promissory note PDF are of varying conditions and terms relevant to indebtedness. These may include the total amount owed, its maturity date, the interest rate, payment terms, date of issuance, the name of the drawer, and so on.

The document requires no acceptance. The parties involved in a simple promissory note are the following:

This refers to the person who promises repayment to another. This person is also referred to as the borrower or debtor.

This refers to the person the note is in favor of. This person is also referred to as the creditor and is the one responsible for providing the goods. He/she is the entity who lends the money.

This refers to the person to whom the payment gets made as defined by the negotiable tool.

How To Create Promissory Note

A promissory note is simply constructed and the signatories can create it to reflect the terms that they have agreed upon. Here are some steps to help you make your own promissory note template:

Once it has been fully paid, the lender must provide a receipt as an indication of the completion of the debt.