A Connecticut promissory note is a document that establishes the terms of a loan between two parties. These parties are known as the lender and the borrower.

The parties outline the specifics of the loan in the promissory note, including things like the payment amount, payment method, due date, and interest rate, among others. The form should also include any pertinent information about the parties, such as their names and contact information.

Once signed, the promissory note constitutes a legally binding written promise for repayment that the lender makes the borrower. And as they are considered contracts, various laws regulate promissory notes in Connecticut.

There are two types of Connecticut promissory notes: secured and unsecured.

A secured promissory note requires the borrower to offer some form of collateral in case they default on the loan. The parties agree on the collateral before signing the agreement, which is typically something of value, like a house, car, boat, or jewelry. The lender is legally allowed to take possession of the collateral if the borrower fails to repay the loan. 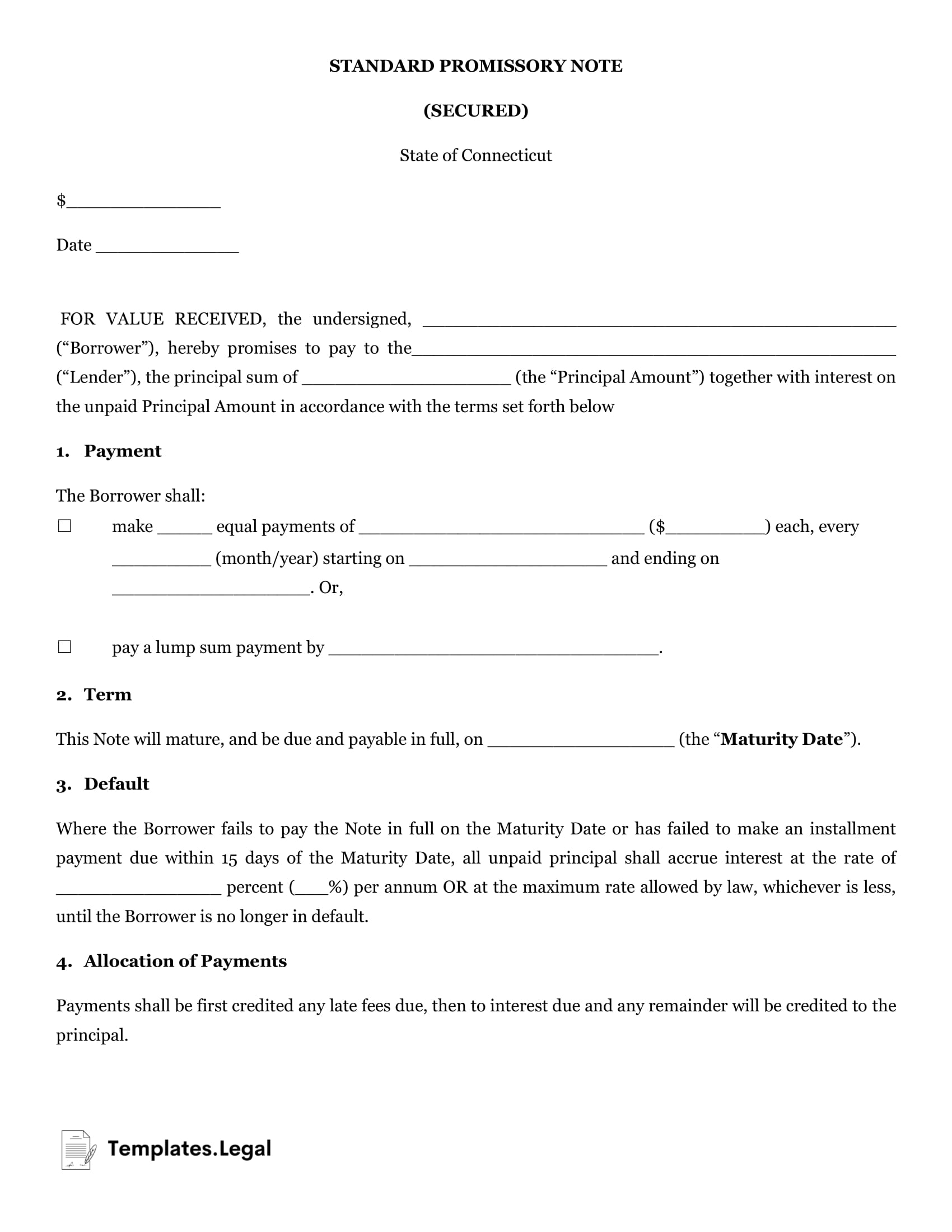 An unsecured promissory note, on the other hand, includes no collateral—just the borrower’s written declaration that they will repay the amount of the loan in full. 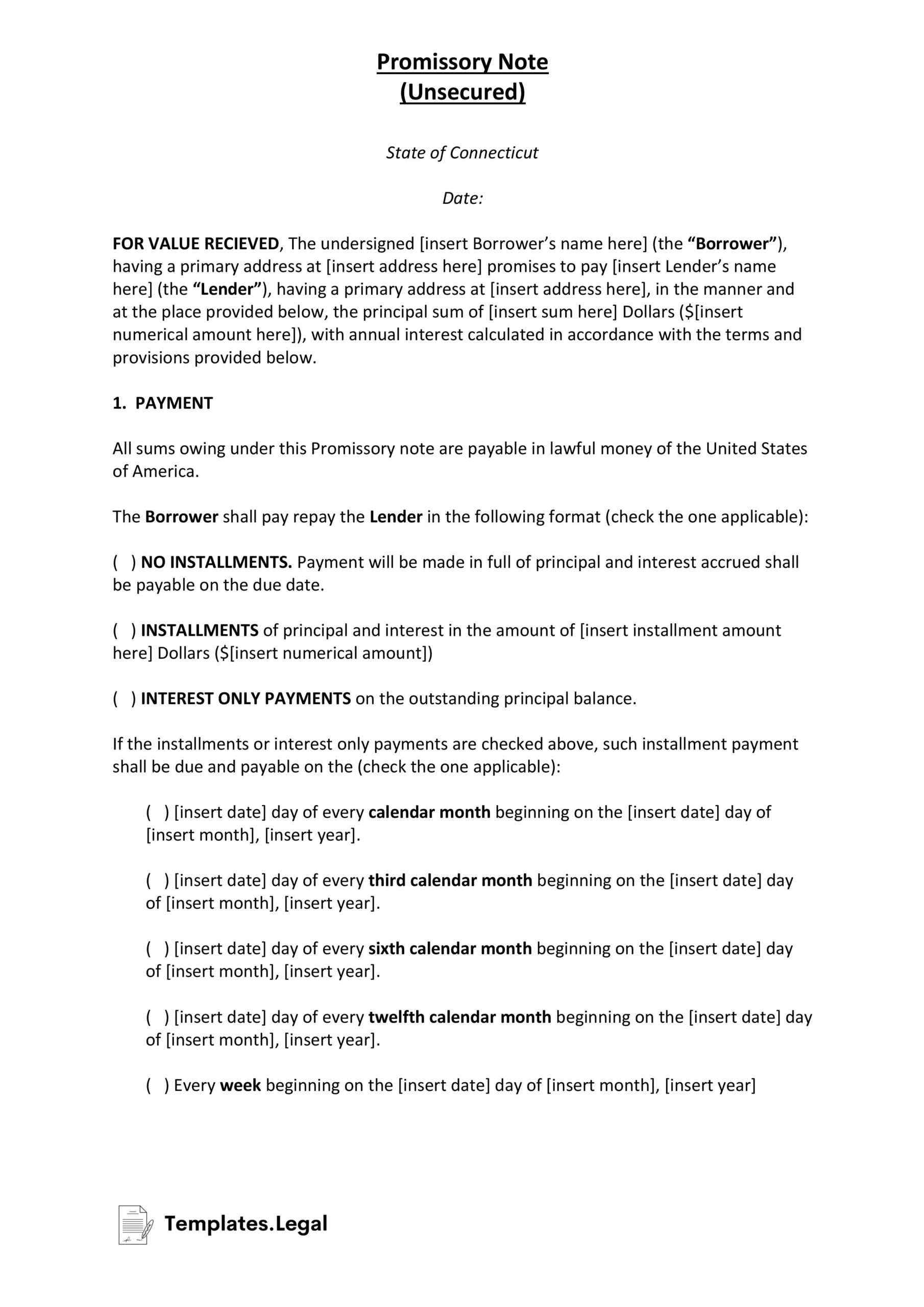 Given the potential risks involved in these types of loans, they are generally only given to borrowers with high net value and a low risk of default. Unsecured loans are also standard among close friends and family.

Connecticut usury law dictates the maximum amount of interest that may be charged. Connecticut Title 37-4 establishes this maximum at 12% for consumer loans. If a lender tries to charge more than this amount, the State of Connecticut may prosecute them.

To record a promissory note Connecticut form, each party (both the lender and the borrower) must sign the document. The promissory note should include all the relevant information about the loan to be considered legal. No notaries or other witnesses are required.

Should the borrower fail to repay the loan, the lender can take action against them in various ways. Speaking face to face is the best way to start the process, and if these conversations don’t yield appropriate results, a demand notice/letter is the next step.

After a second warning letter, the borrower may begin to seek other forms of relief, such as through a collections agency or the courts.

The statute of limitations for promissory notes in Connecticut is six years, which means that lenders may collect on payments for up to six years after the due date. Past this time, there is no legal recourse for collection.