A Michigan promissory note is a type of loan agreement between a borrower and a lender — it’s like an IOU. There might also be a co-signer involved who acts as a third party to a promissory note.

In the state of Michigan, there’s a legal interest rate (also known as a usury rate) of 5%, according to the state’s legislature in Michigan Compiled Laws (MCL) 438.31. However, it’s a bit more complicated than that. Unsecured loans by an unlicensed entity can charge 5% annually without a written contract, or 7% annually with a written agreement.

The two types of Michigan promissory notes are secured or unsecured.

Two parties — a borrower and a lender — are brought together through a document that outlines how the former will reimburse the latter. The lender can make a profit through the interest earned on top of the original loan. 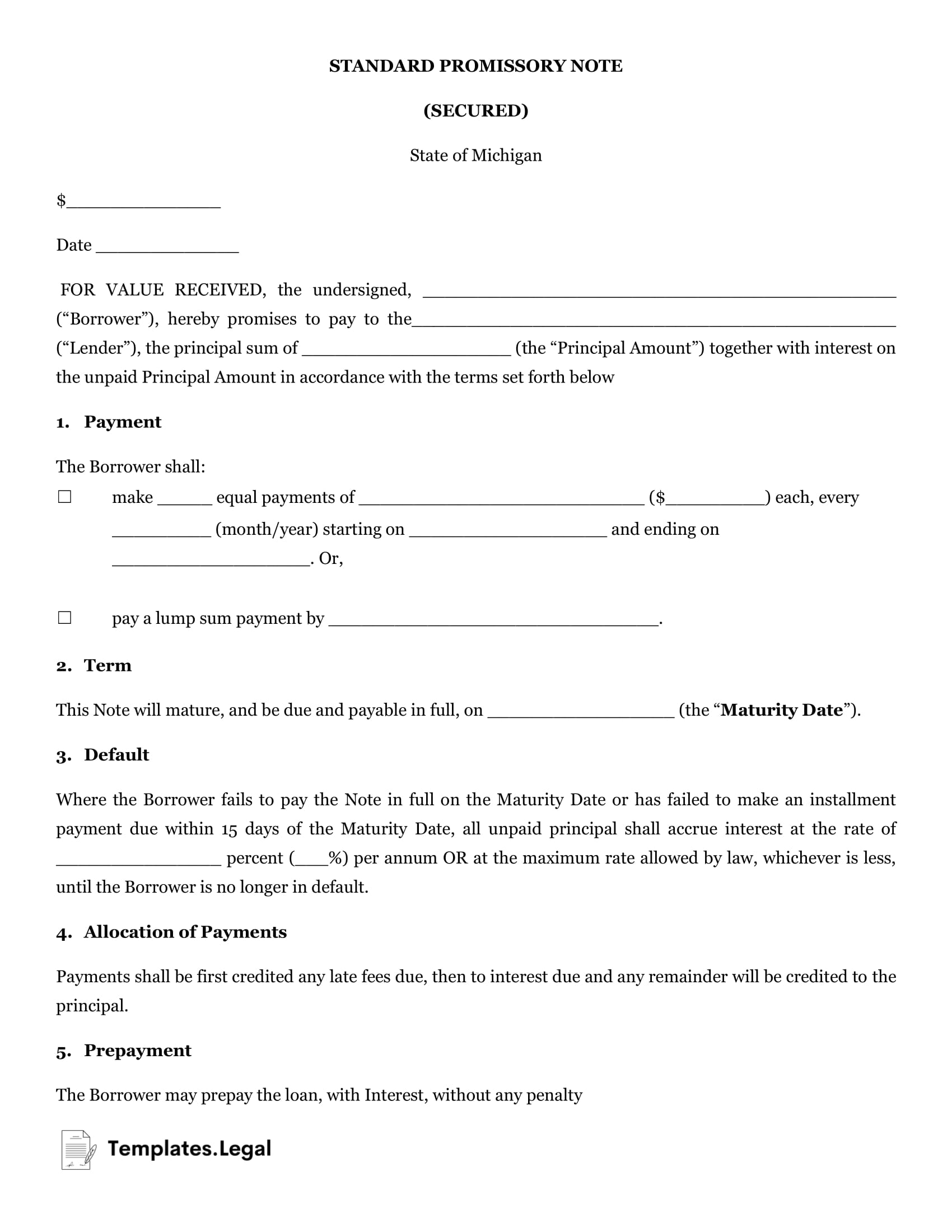 The main difference between a secured promissory Michigan form and an unsecured one is that a secured promissory note includes security, also referred to as collateral. This could be a boat, a vehicle or even a home. The lender will receive this item if the borrower doesn’t repay the loan.

To write a secured promissory note in Michigan, you’ll need to include information like: 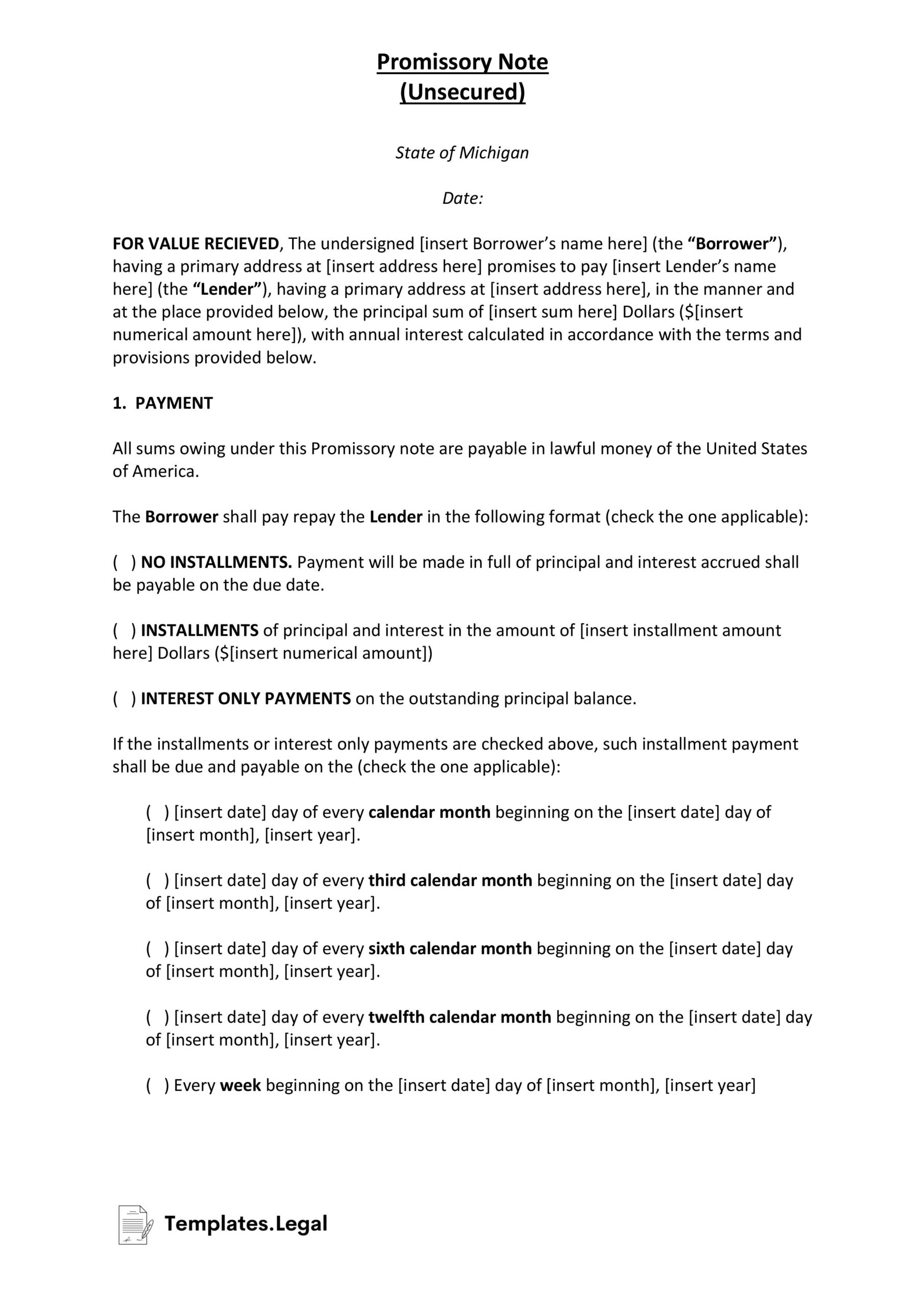 For this type of promissory note template for Michigan, if the borrower couldn’t make payments according to the promissory note, the lender wouldn’t have an immediate way of getting their loaned money back. That’s why lenders should be careful when making an unsecured promissory note.

The short answer is it depends. The majority of promissory notes are registered as securities with the U.S. Securities and Exchange Commission (SEC) and within the state of Michigan. But other agreements that have shorter terms might be exempt from registration. However, that can be risky as those lead to more fraudulent activity.

A waiver of presentments means the lender doesn’t have to be physically present for the borrower to make their required payments.