You can think of a Massachusetts promissory note like an IOU. It’s a type of loan agreement between a borrower and a lender. There could also be a co-signer involved who acts as a third party to a promissory note.

With promissory notes, the borrower gets a loan from the lender. Both the borrower and the co-signer, if there is one, read and acknowledge the terms of the promissory note. By signing it, they agree to repay the loan under the circumstances set in the note.

With a secured promissory note template in Massachusetts, two parties — a borrower and a lender — are brought together through this document. It’ll outline how the borrower will reimburse the lender, including more specific conditions. The lender can actually make a profit through the interest earned on top of the original loan. 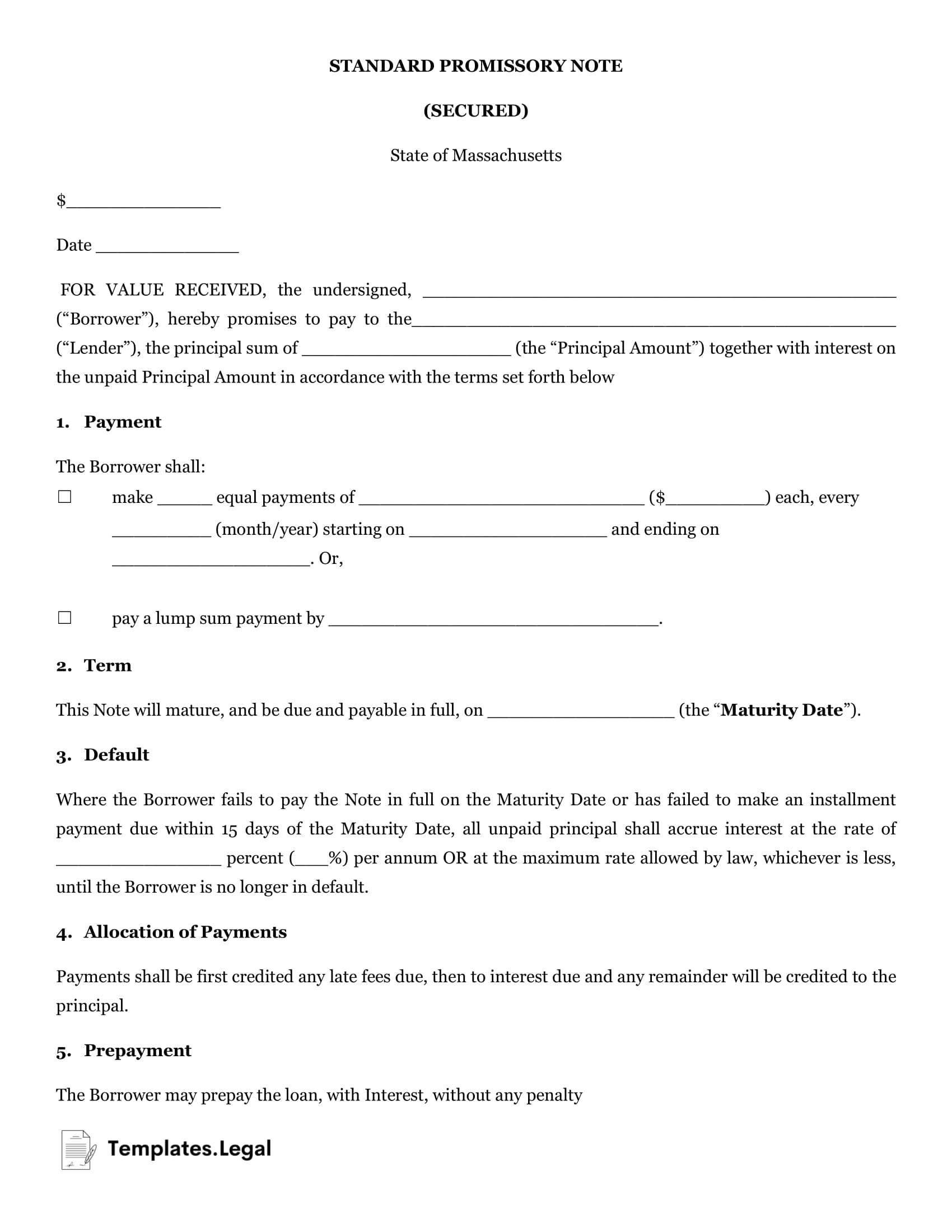 The primary difference between a secured promissory note and an unsecured one is that the former includes collateral, also referred to as security. Examples of collateral include items like a boat, a vehicle, or even a home. The lender will receive this item if the borrower doesn’t repay the loan.

When a promissory note is unsecured, the promise of collateral isn’t made, making it “unsecured.” Unsecured promissory notes are more commonly used between friends and family. This is because the worry of breaking terms with a friend or family member is often enough to make sure repayment happens. 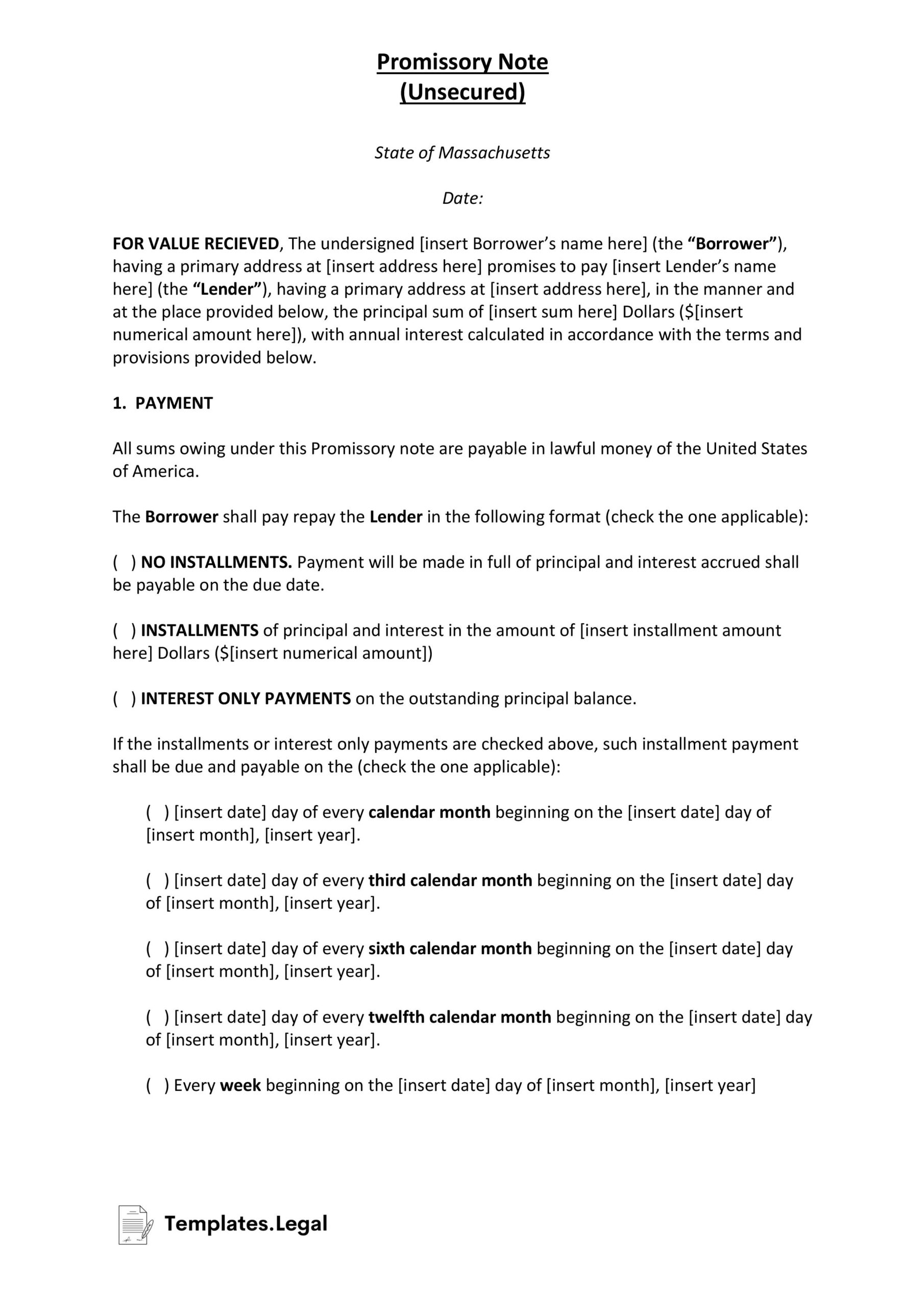 However, if a breach of contract does happen, making sure the borrower repays the lender can be more complicated than with secured promissory notes. To remedy such a breach, lenders can file a court petition, for starters.

Typical loans require the borrower to make regular payments during the agreement. These are made up of principal and interest. So when the borrower pays off both of them, the whole loan is paid off.

Usury, in general, equates to unethical or even immoral loans that might unfairly benefit the lender. It may constitute as usurious if there are excessive or very high interest rates, and in Massachusetts, that’s against the law.