A Hawaii promissory note is a written agreement between two parties that memorializes the particulars of a loan. These two parties are known as the “borrower” and “lender.” Although in Hawaii, they are sometimes referred to as the “promissee” and “promissor.”

The agreement must outline critical details of the loan, such as interest rates, payment plans, and late fees.

Commercial promissory notes in Hawaii are subject to Article 3 of the Hawaii UCC (490:3) and Hawaii common law. Laws related to collections and interest rates also govern them.

Promissory notes in Hawaii can be either secured or unsecured.

A secured promissory note gives the lender the legal right to collect collateral from the borrower in case of nonpayment. The parties agree on the collateral before signing the loan, which is something of value, such as a car, home, or boat.

A secured promissory note should include the following information: 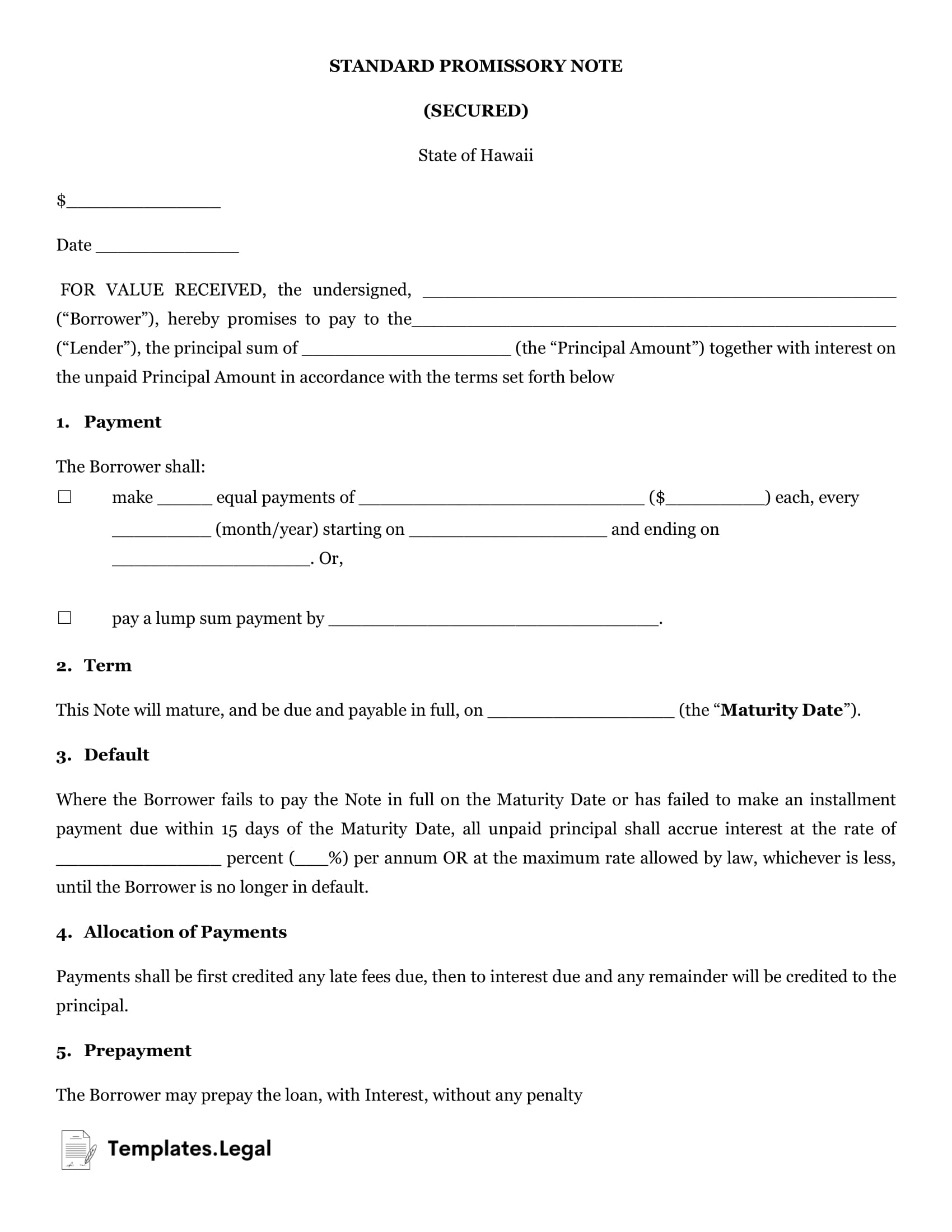 Additionally, the parties should include some clauses that define the agreement further. Some standard sections include things like prepayment, acceleration, attorney fees and costs, and payment allocation. 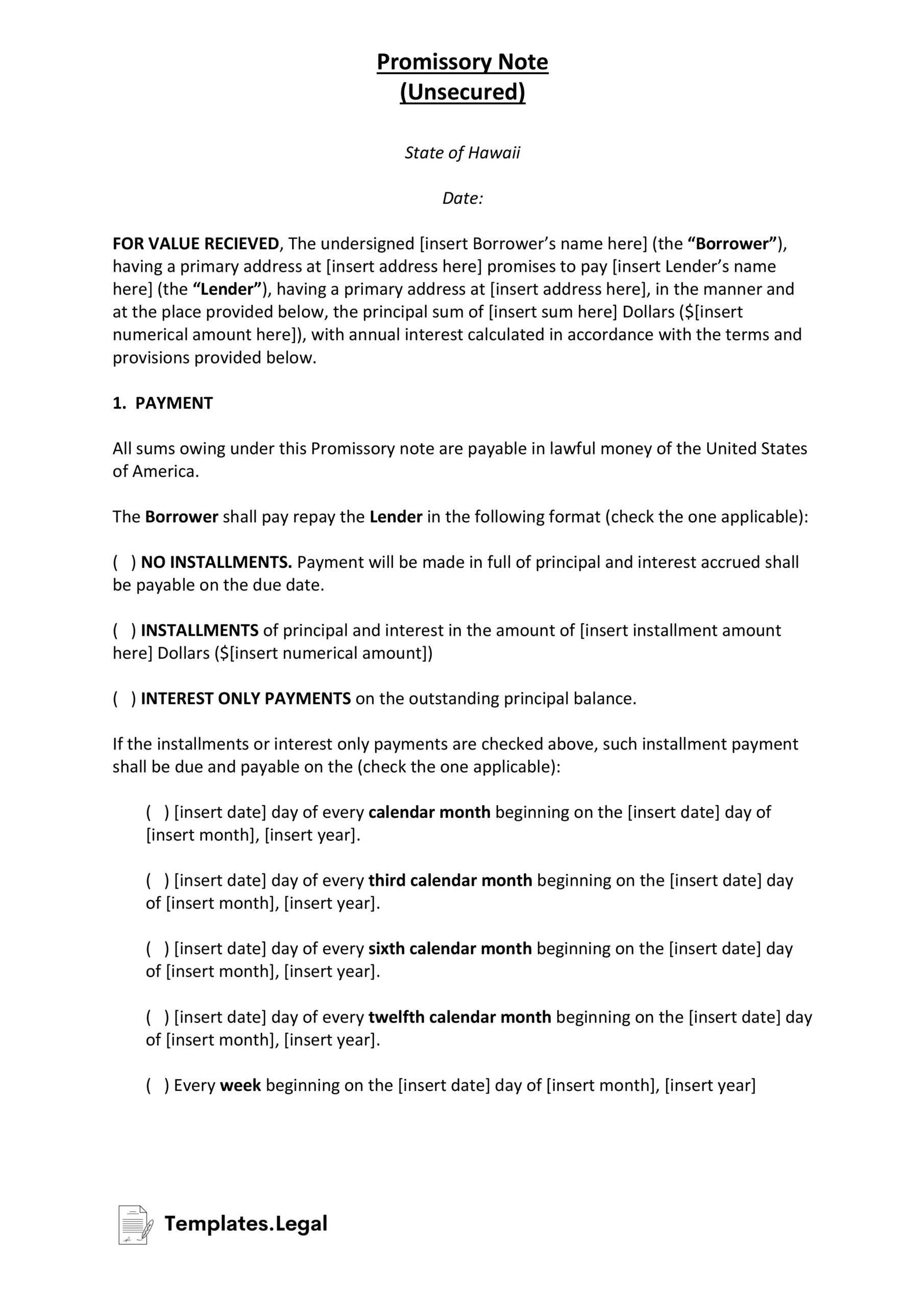 These types of agreements are common among family members and close friends. Individuals who have a high net worth or are otherwise considered trustworthy may be good candidates for this type of loan.

An unsecured loan agreement follows the same format as that of a secured loan. The only difference is that there is no mention of collateral.

Usury laws govern promissory notes in Hawaii. According to the Hawaii Revised Statutes 478:2, the maximum amount of interest that lenders can charge per year is 10%. Lenders that charge more than this amount violate the law and may be prosecuted by the state of Hawaii.

For a promissory note Hawaii form to be valid, the borrower must sign and print their name. The state of Hawaii does not provide a legal requirement for the lender to sign, nor do they require witnesses or notarization of the form.

A lender may attempt to collect payment on loans for up to six years after the due date, as the statute of limitations on promissory notes in Hawaii is six years. Past this time, the lender has no legal resource for collecting any money still owed on the loan.