A promissory note can be a very potent document for protecting moneylenders while also providing borrowers a pathway to liquid capital. Promissory notes can be either “secured” (when an asset such as a vehicle or real estate is put up as collateral), or “unsecured.” Since unsecured loans carry more risk for the lender, they are usually associated with higher interest rates.

Before you begin creating your Utah promissory note form, it’s important to be aware of state-specific regulations that apply to the loan.

One of the most important things to know before creating a promissory note is your state’s usury laws prohibiting the lender from charging excessive interest on a loan.

Utah is unique in that it does not specify an interest ceiling on loans that have written agreements. Rather, it allows for an “unconscionable” provision that governs interest rates as dictated by the market and the borrower’s personal financial history. For written agreements, the maximum interest rate charged on a document such as a promissory note is 10% per annum.

When a promissory note is “secured,” that means the borrower is putting something of value up as collateral in exchange for liquid capital. This guarantees that the lender can recoup the value of the loan should the borrower default on repayment. 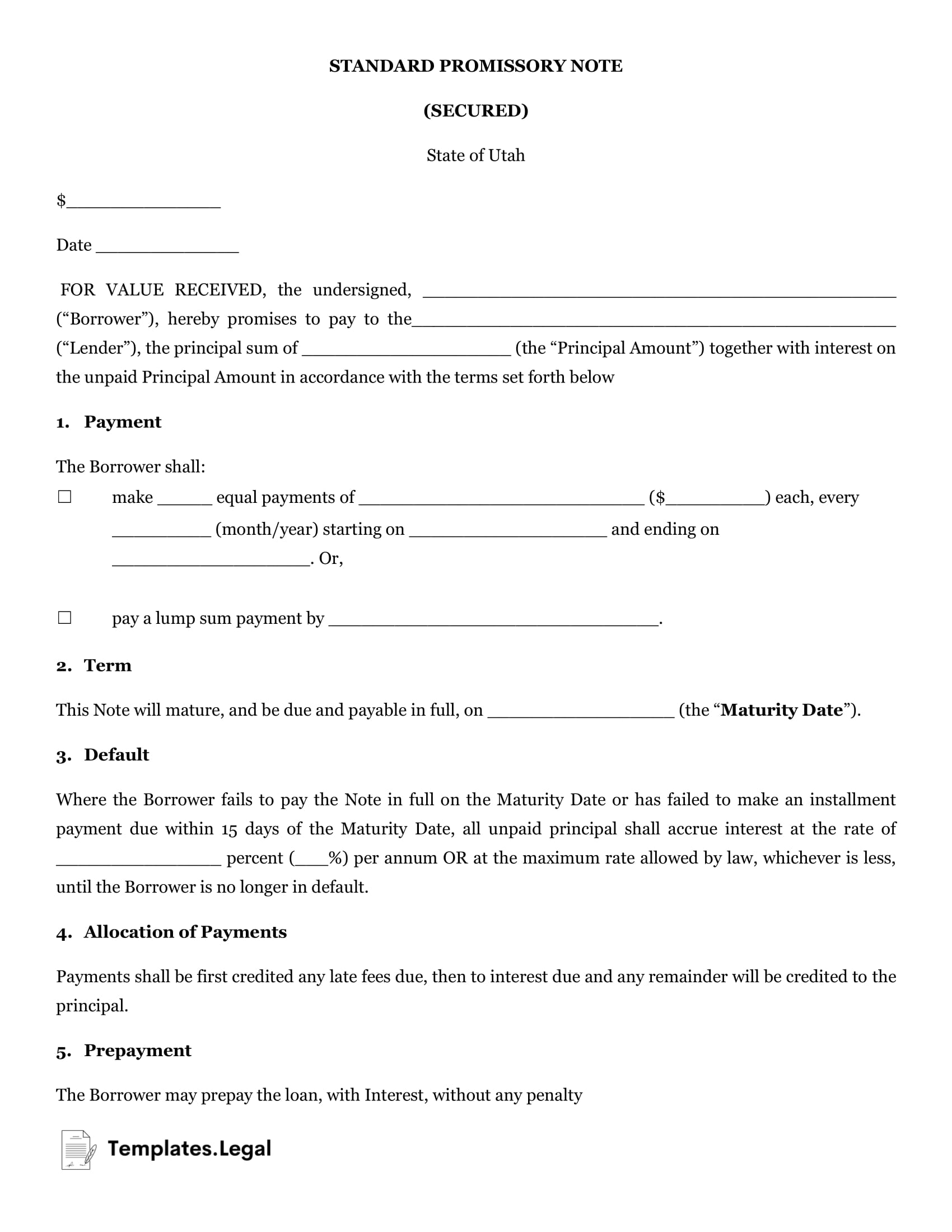 Secured promissory notes need to also include a security agreement that details the collateral that the borrower is supplying, be it a vehicle, house, or another asset. Be as detailed as possible when describing the asset in the security agreement.

Unsecured promissory notes are less common, and they do not guarantee that the lender will recoup the amount of money paid out in the loan. Because the risk is higher, the interest rates for these loans are almost always higher for the borrower. Unsecured notes are most frequently offered to borrowers with an excellent credit history or a high-income job. 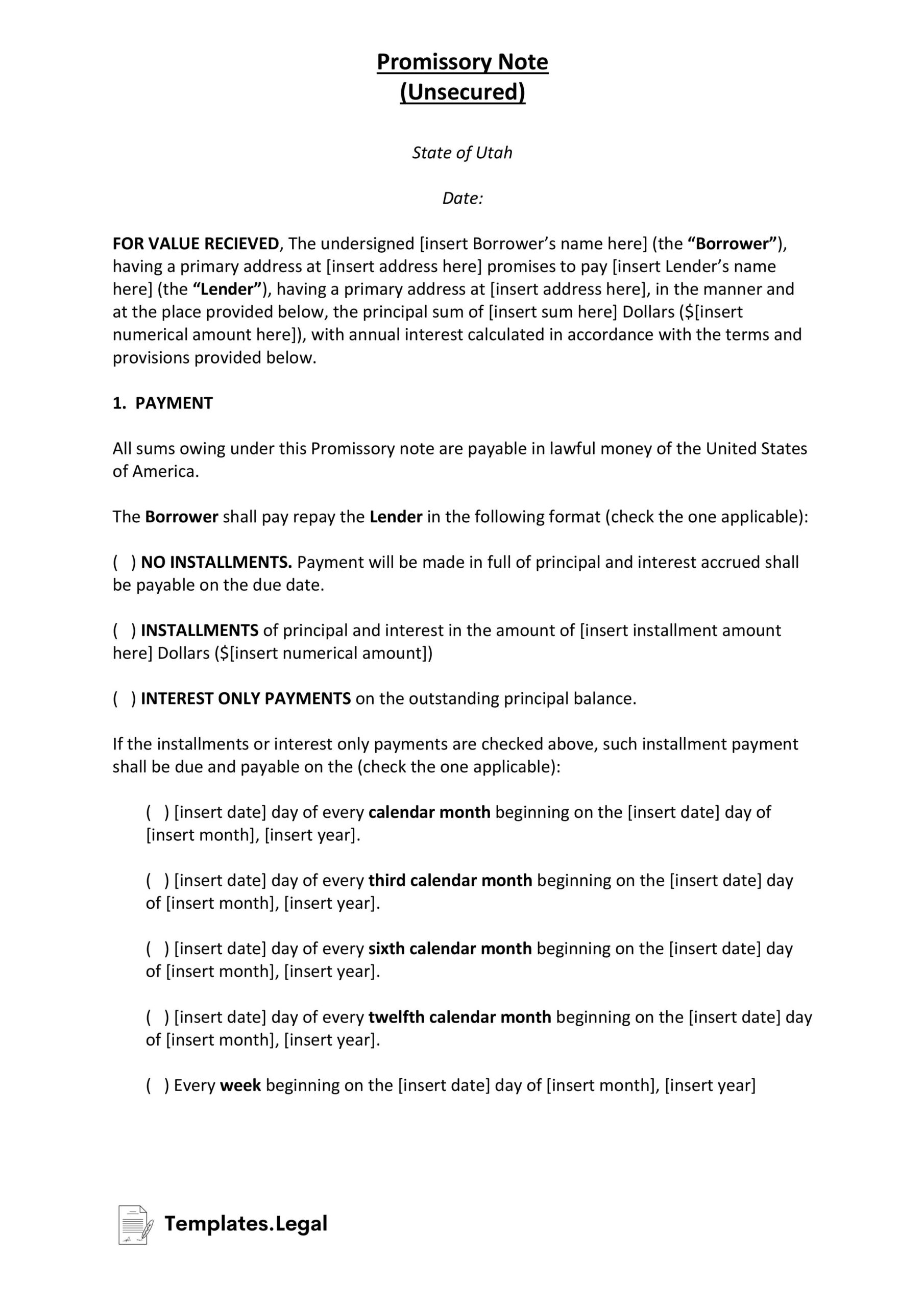 Here, you can find a promissory note template for the state of Utah.

In Utah, the statute of limitations for any signed agreement is six years. A lender must bring legal action against the borrower within six years of default on the loan. After this time, the debt is considered legally uncollectable.

Promissory notes are less formal documents than a loan agreement and usually are entered into by two personal acquaintances. Because of this, promissory notes can be enforced on a personal level without the use of a third-party collection agency or legal intervention. Of course, if the borrower breaches the agreement, the remedies mentioned above are available as options.

Documentary stamps are only relevant for agreements that are executed in the state of Florida and should not have in agreements governed by Utah law.

A promissory note does not need to be formally recorded by a government agency in Utah. As long as the document is properly filled out and signed by both parties, it is considered legally enforceable. One exception is if you are using a deed of trust to secure the loan. In this case, the deed must be held by the county recorder’s office where the property is located.

If a borrower has defaulted on a loan longer than the terms set out in the promissory note, the lender is entitled to collect on the security. They can petition the courts to get a judgment against the borrower, and provided they have the proper document they are now legally permitted to collect on the debt owed.

You must pay Utah state income tax of 4.95% on any interest earned from promissory-note backed loans.