A promissory note is a legally-binding formal loan agreement without all the legal jargon. This note stipulates who the parties are, how much money exchanged hands, and when the borrower must repay the lender.

It’s easy to find a free New York promissory note contract online to record a transaction between a borrower and a lender. In New York, the maximum interest rate for a promissory note is 16%, according to the state’s General Obligations Law § 5-501(1).

The Empire State has two forms of promissory notes: secured and unsecured.

The borrower must offer some sort of collateral to back up a secured promissory note. The collateral ensures that the lender’s investment is protected, as the lender will, through the asset, receive reimbursement. 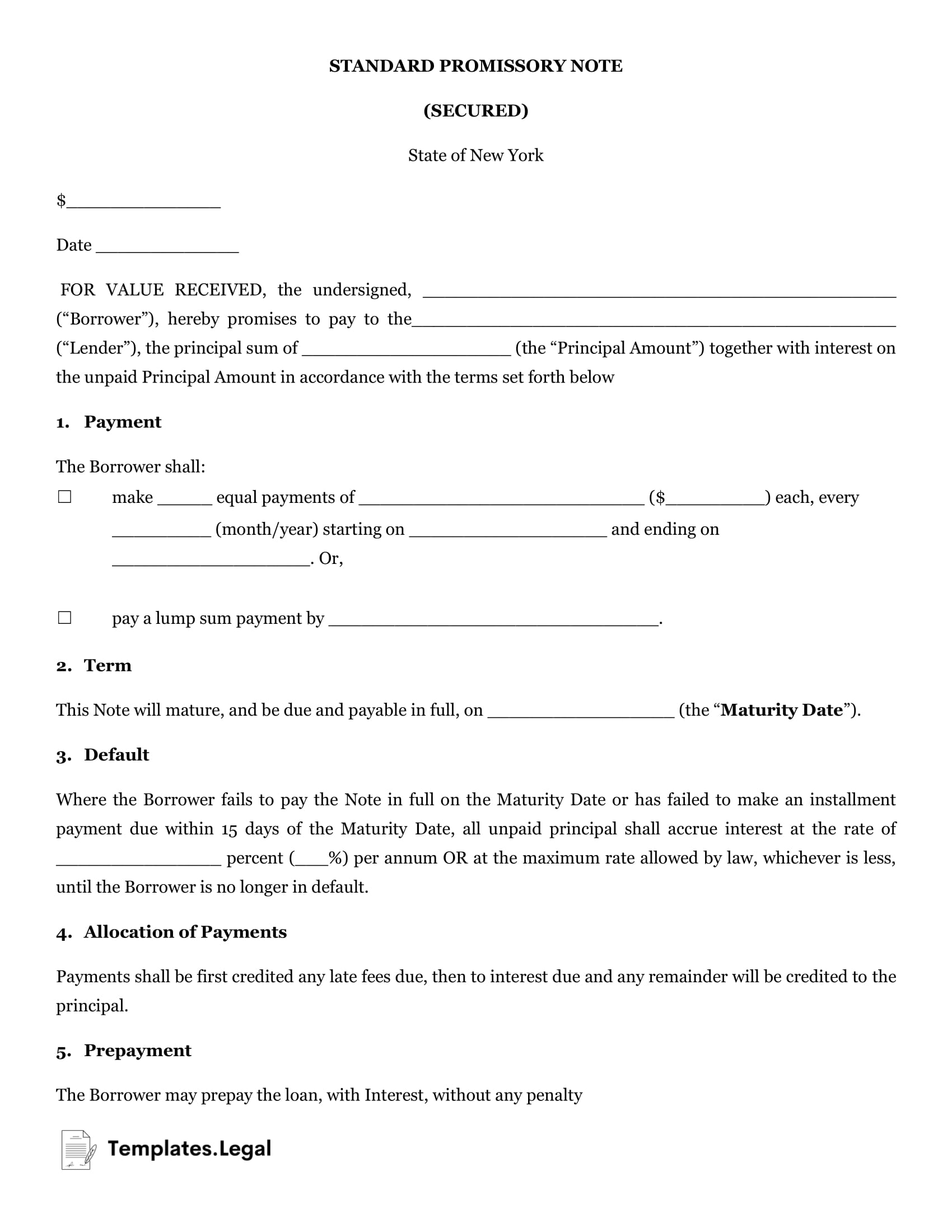 Because of their security, secured promissory notes are a common document between people without established social connections, such as an investor and a start-up. The lender only needs to worry about when they’ll get repaid rather than if they’ll get repaid at all. 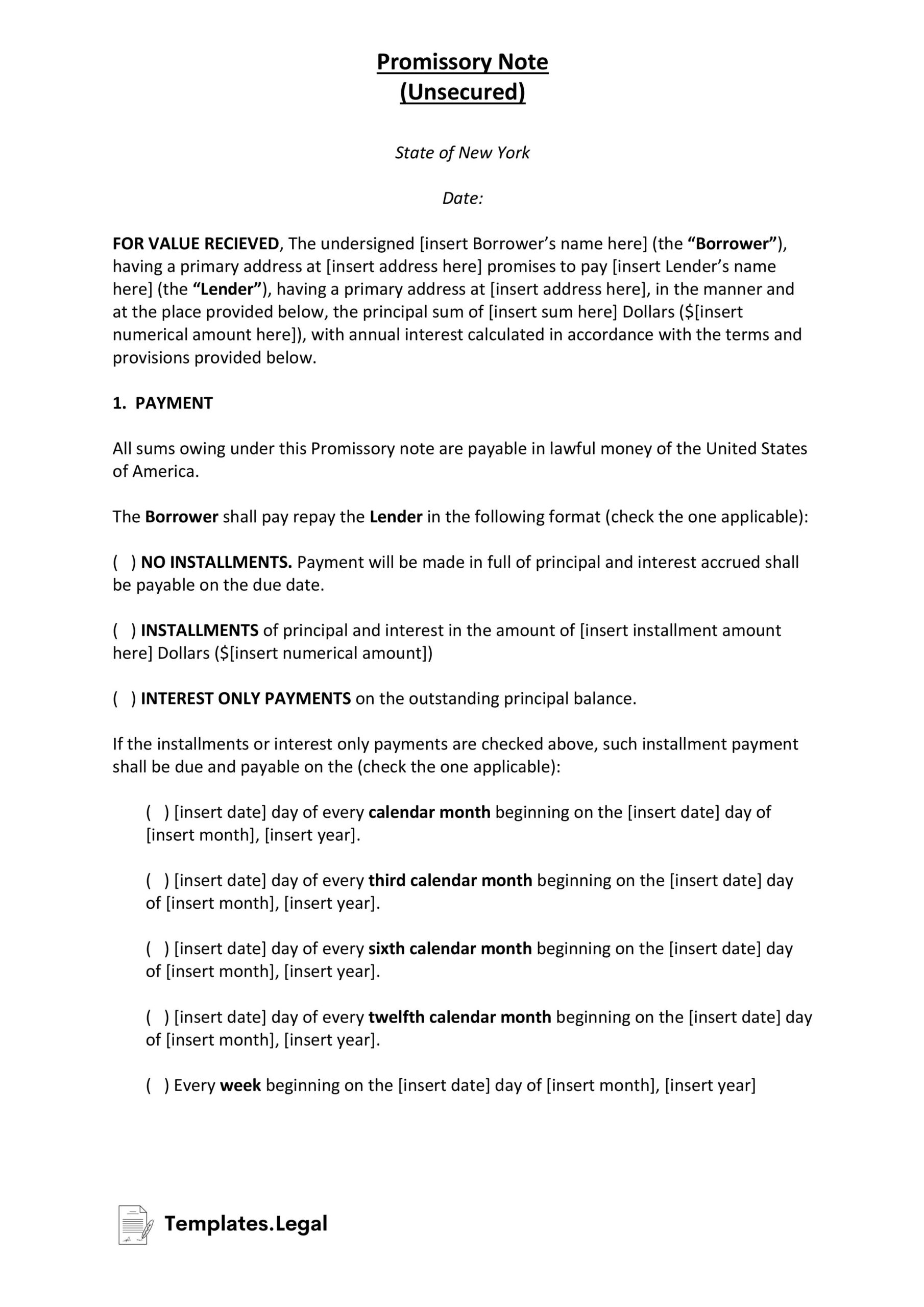 Promissory notes do not require a notary public or another type of witness to be valid. Witnesses would help enforce the note in a legal setting, though.

In New York, the statute of limitations for this type of note is six years, according to CPLR 213[2].