A California promissory note offers security and structure to loan agreements. It is a written agreement between a borrower and a lender that, once properly executed, proves the existence of a loan.

The contract addresses details about the loan, such as late fees, interest rates, term length, and repayment method. Once both parties sign the promissory note, the lender can begin to collect payment from the borrower.

There are two types of California promissory notes: secured and unsecured.

A secured promissory note offers the lender the most significant security, as the borrower must provide some form of collateral. The lender can collect this collateral as payment if the borrower defaults on all or part of the loan. 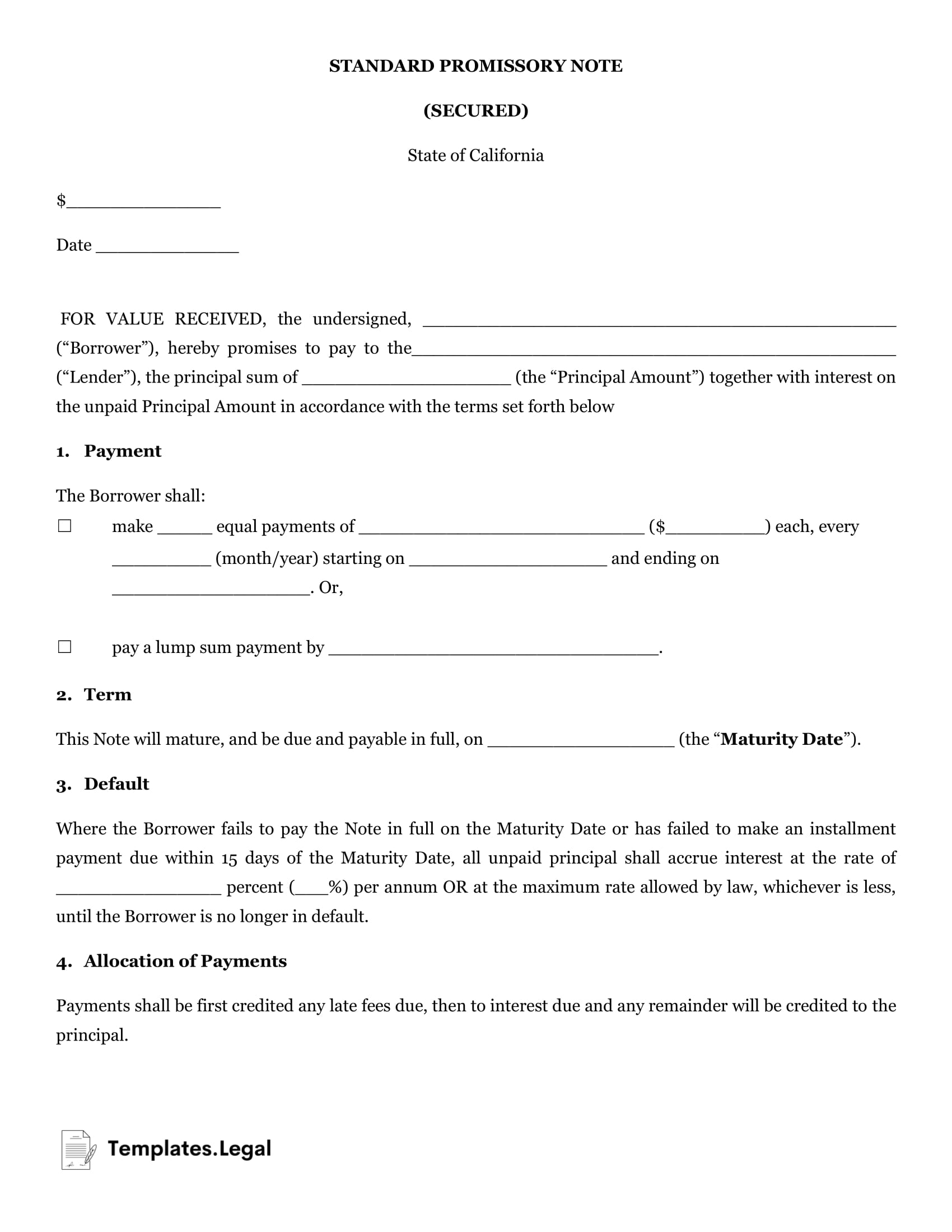 An unsecured promissory note offers a lesser degree of security. If a borrower defaults on the loan, the lender can file a civil lawsuit. However, due to the lack of collateral, they may be unable to recover the entirety of the loan. 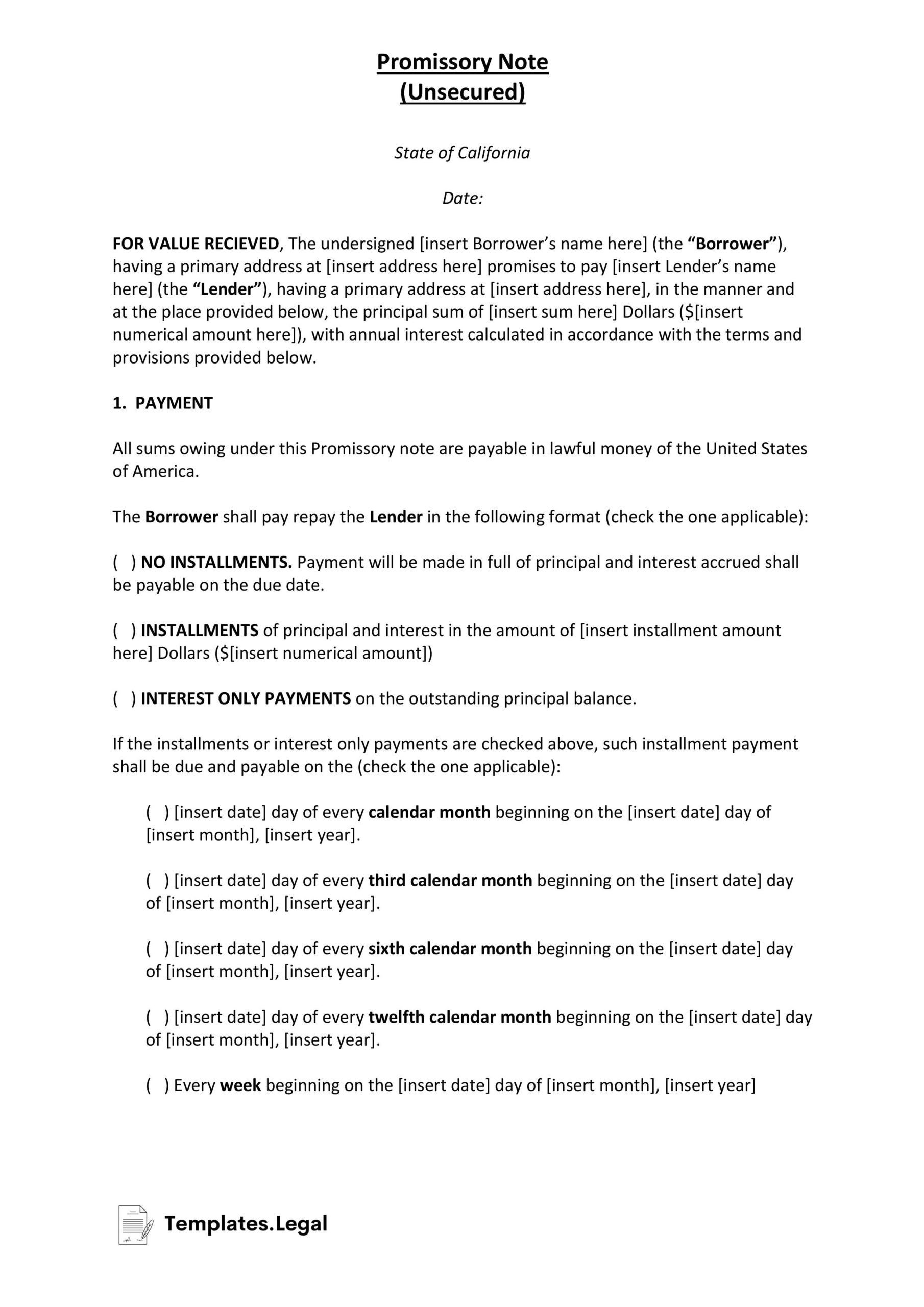 This type of loan is typically for those with outstanding credit or high net worth. It is also preferred by individuals with a high degree of trust in their relationship (close friends, family, etc.).

Once you’ve downloaded and completed your free California promissory note, a signature from both parties enforces the contract. It does not need to be notarized or witnessed to be considered valid.

It should, however, include the following basic requirements:

The way you enforce a promissory note depends on whether it is secured or unsecured. But in general, the process to recover money from a loan is as follows:

According to California Civil Code Section 337, any lawsuit based on an “instrument in writing” has a four-year statute of limitations. The four-year period begins on the date of a missed payment required under the promissory note.