To create a Colorado promissory note, you need to be aware of state-specific regulations that protect both the borrower and lender. A promissory note is an excellent tool for safeguarding the interest of moneylenders while also giving the borrower access to liquid capital.

It can be both “secured” (meaning, guaranteed by a valuable asset such as a vehicle or real estate), or “unsecured.” Since unsecured loans are inherently riskier propositions for the lender, they usually come with a higher interest rate.

A secured promissory note guarantees that, in the event of a default, the lender will be made whole through repossession or transference of the borrower’s property. Secured promissory notes should always be accompanied by a security agreement which details the collateral that the borrower is putting up. Be as detailed as possible when describing the asset. 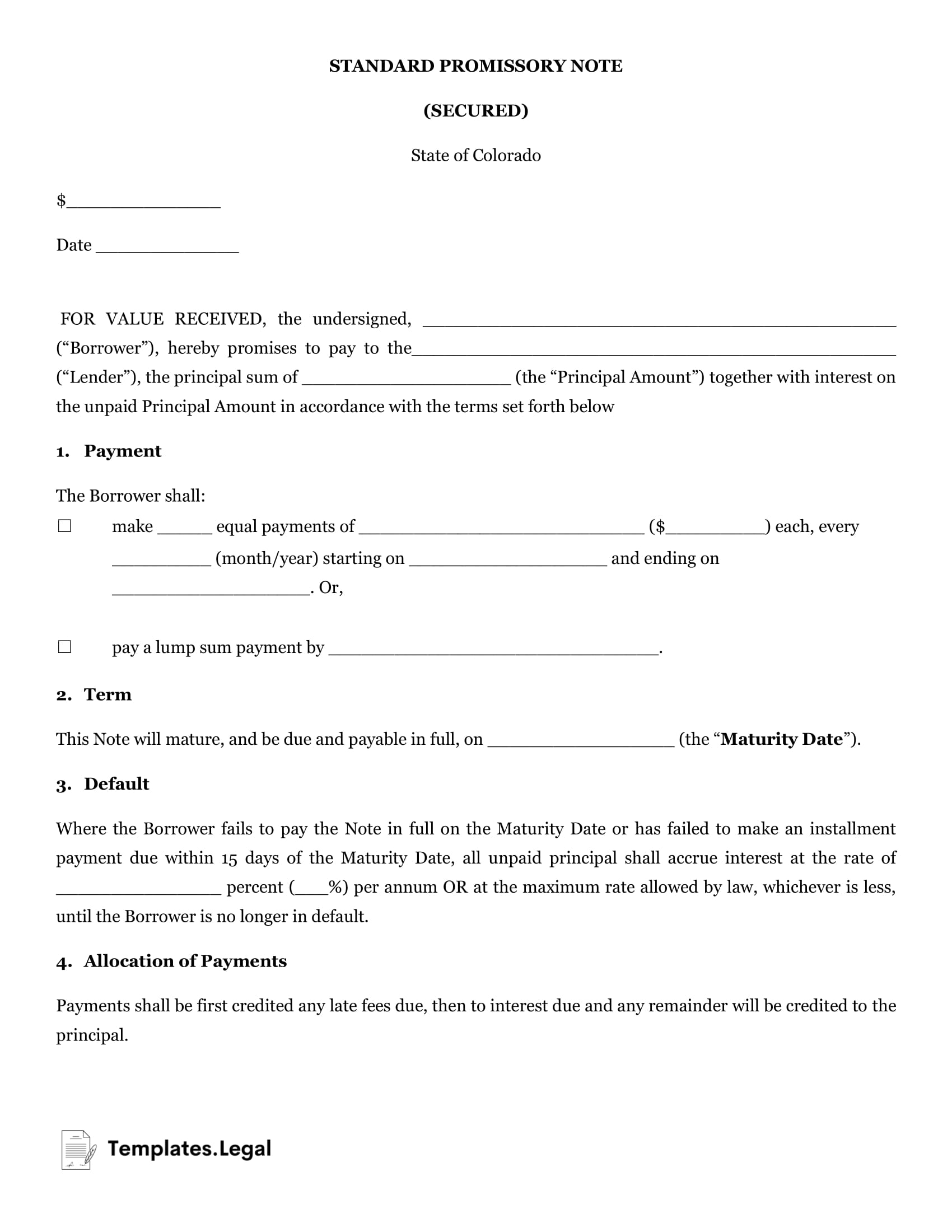 An unsecured promissory note comes with no guarantee that the lender will be made whole if the borrower cannot pay back the loan. Because of this risk, the lender usually charges a higher interest rate for the life of the loan, and typically requires an installment plan rather than one lump sum repayment. 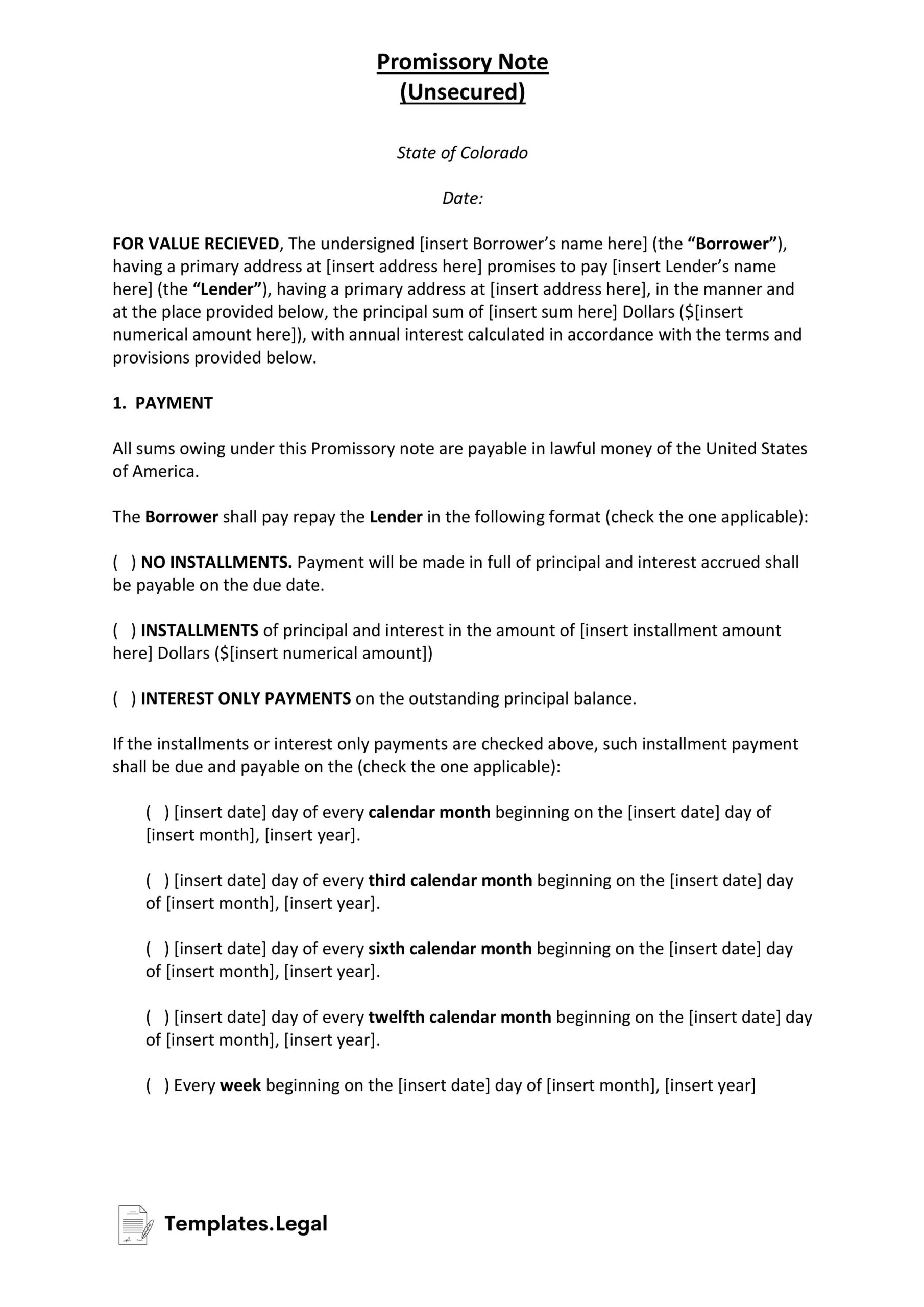 Unsecured notes are normally seen with borrowers who have an excellent credit history or high income.

One of the most important things to know before creating a Colorado promissory note form is your state’s usury laws. In Colorado, there are laws that prohibit the lender from charging exorbitant interest on a loan. The legal interest rate is 8% (in some cases 12%) when there is no physical document/agreement. This limit goes up to 45% when there is a document such as a Colorado promissory note.

If you opt for a secured promissory note, be aware that in Colorado, you are not permitted to collect on a healthcare insurance receivable or certain other general intangibles. Stick with physical property that is easy to repossess in the event of nonpayment.

A lender must bring legal action against the borrower within six years of default on the loan. After this time, the debt is considered legally uncollectable.

Since these are typical less formal agreements between two parties, promissory notes can be enforced on a personal level. Provided that both parties signed the contract in good faith, the lender can request regular payments on the interest of the loan for the term.

Documentary stamps are only relevant for agreements executed in the state of Florida.

A promissory note does not need to be formally recorded by a government agency in Colorado. As long as the document is properly filled out and signed by both parties, it is considered legally enforceable. One exception is if you are using a deed of trust to secure the loan. In this case, the deed must be held by the Office of the Public Trustee.

If a borrower has defaulted on a loan longer than the terms set out in the promissory note, the lender is entitled to collect on the security. They can petition the courts to get a judgment against the borrower, and provided they have the proper document, they are now legally permitted to collect on the debt owed.

You must pay Colorado state income tax of 4.63% on any interest earned from promissory-note backed loans.