In Ohio, promissory notes are a legally binding agreement between a lender and a borrower. Promissory notes outline the terms of a loan, including the cost of the loan and the details for repayment.

Promissory notes are under the regulation of the Ohio Revised Code Title 13, Chapter 1301.

A secured promissory note means that the borrower has provided a source of collateral in exchange for a loan. This collateral is usually of equal value to the money borrowed. 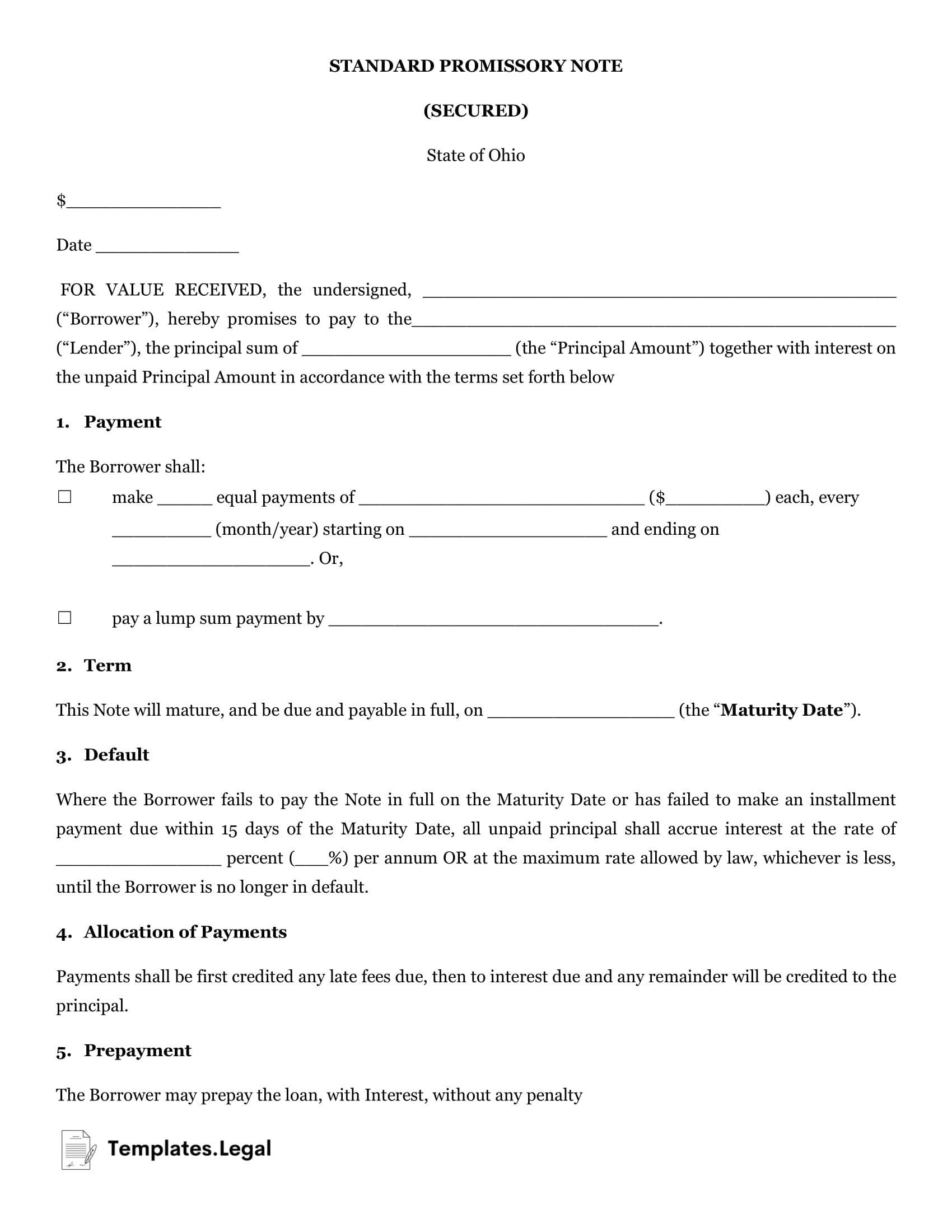 According to Chapter 1343 of the Ohio Revised Code, a lender is not allowed to apply an interest rate higher than 8% per annum.

You can download a free Ohio promissory note template online. They’re easy to fill out. All you need is some necessary information, such as:

With unsecured promissory notes, the agreement occurs without the borrower having to come up with a down payment or collateral. These types of notes carry a higher risk for the lender, as there is no security to ensure the payoff of the debt. 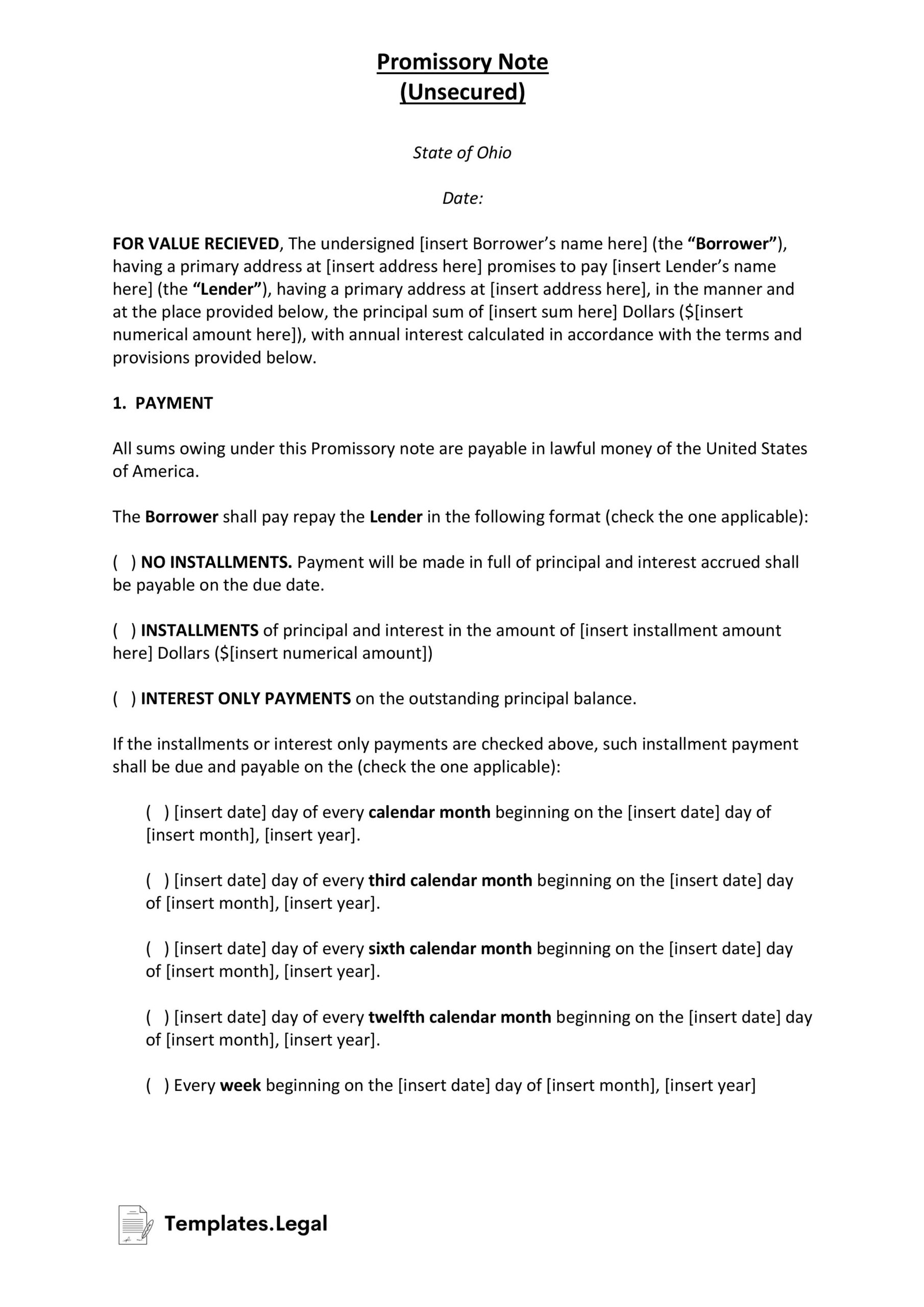 You can download an unsecured free promissory note Ohio form online. All you need to do is fill in your information, much like you would with the secured promissory note without the collateral portion. Using a promissory note template saves you a ton of time.

In Ohio, the usury rate controls how much interest you have to pay back when you take out a loan. State regulations have it set that no lender is allowed to charge more than 8% per year. Both parties should agree on the usury rate before signing. And it should be written in that the rate cannot fluctuate with time or the value of money.