What is a New York Power of Attorney?

A power of attorney (POA) in New York is a document that authorizes another person to make crucial decisions on your behalf. These can be financial or medical, depending on the type of POA form in New York you use. You can designate a New York POA to make important decisions for you if you fall ill or need to leave the country for an extended period.

The POA forms comply with New York state law GOB/A5T15. There are several different types of free New York POA documents. (Before we go any further, know some terms. The “principal” is the one designating a POA. The “agent” is the one receiving the power.)

A New York durable power of attorney (DPOA) gives the designated person power over all financial matters. Even if you become incapacitated due to illness or injury, the attorney can manage your assets and conduct personal and business transactions on your behalf. 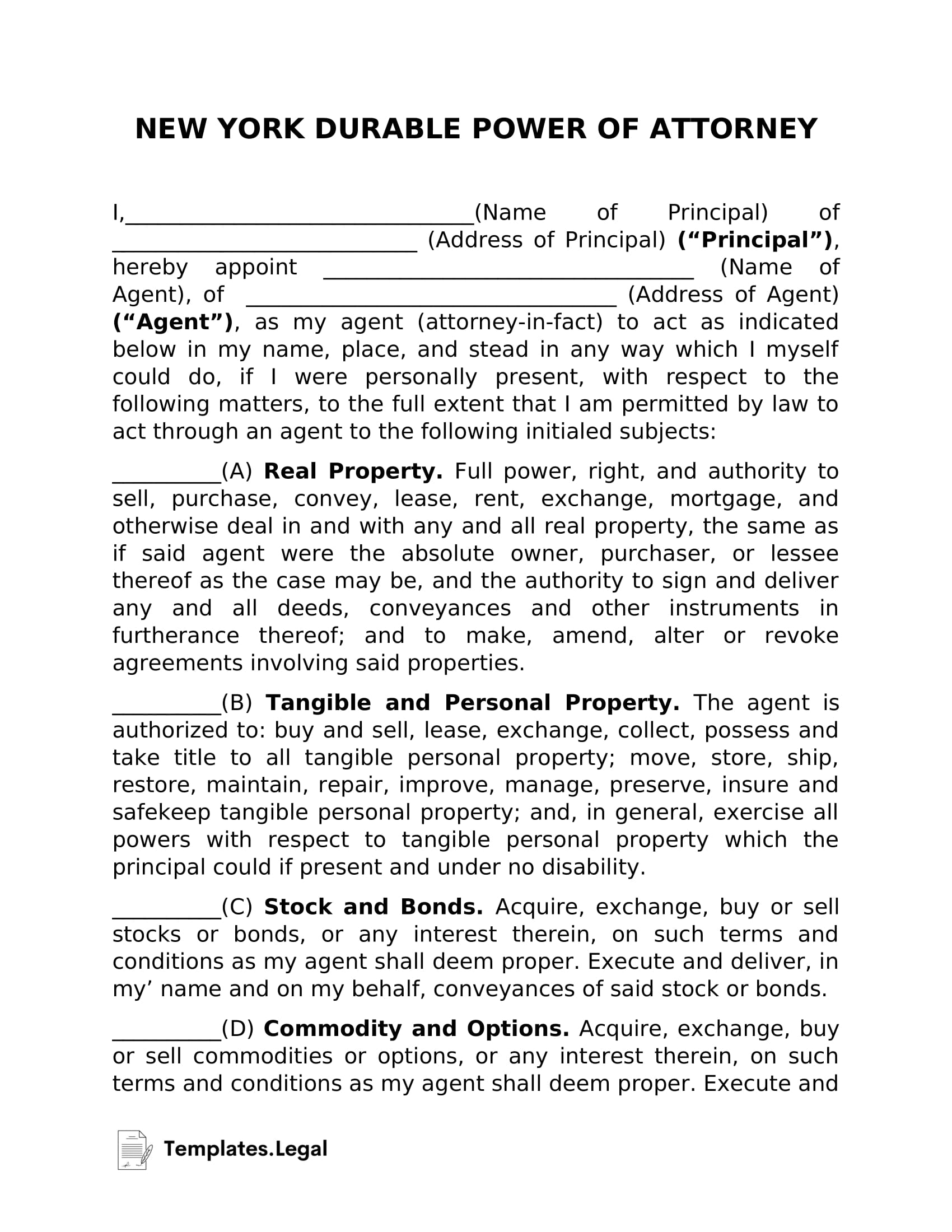 The general power of attorney (GPOA) in New York is very similar to the DPOA. However, the power of the designated person is only valid if you’re healthy. It becomes null and void if you’re incapacitated by injury or illness and are unable to make decisions on your own. 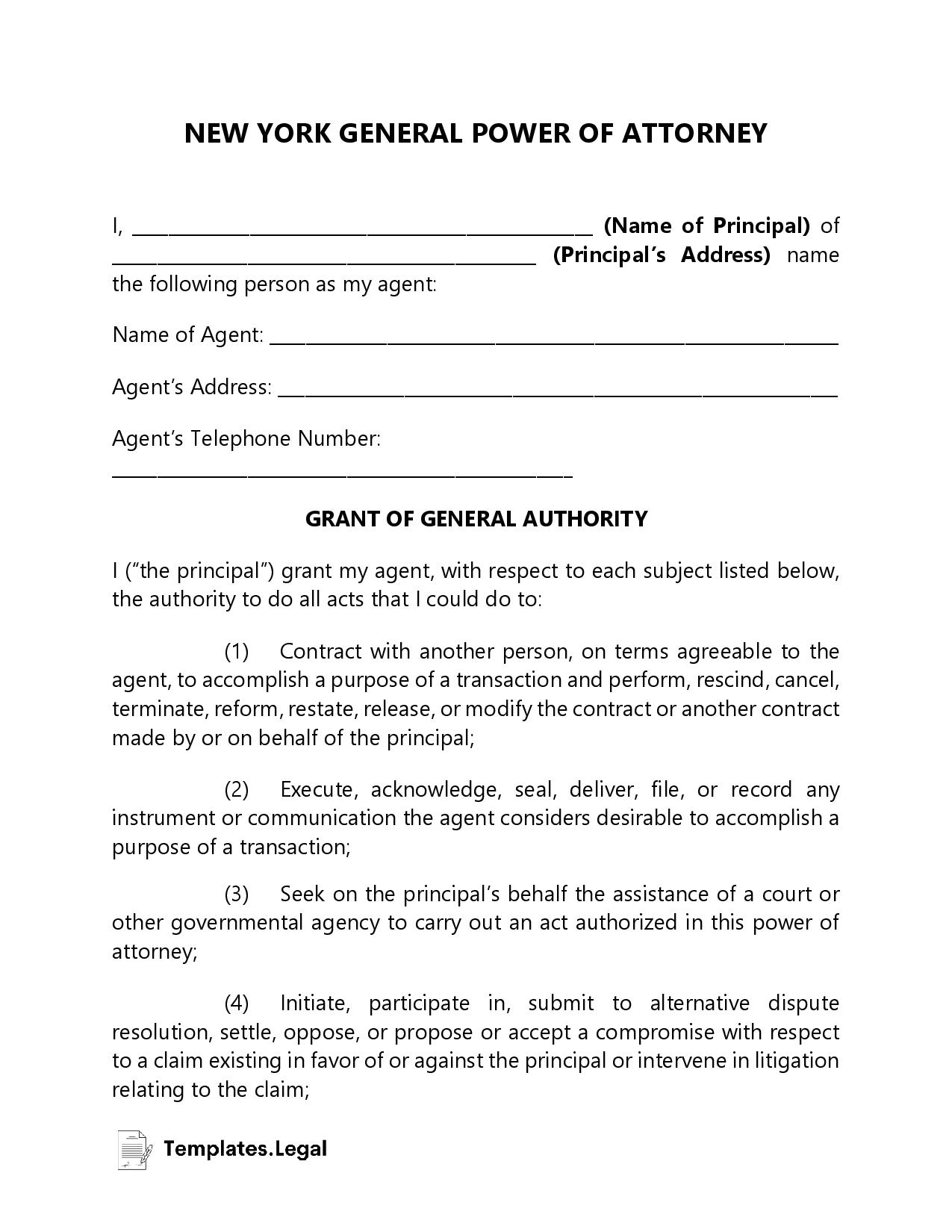 A New York limited power of attorney (LPOA) is where you designate someone to conduct a specific financial transaction for you. For example, you may want to appoint someone to take care of selling a property you own. You can terminate the arrangement when the specified transaction is complete or on a specific date. 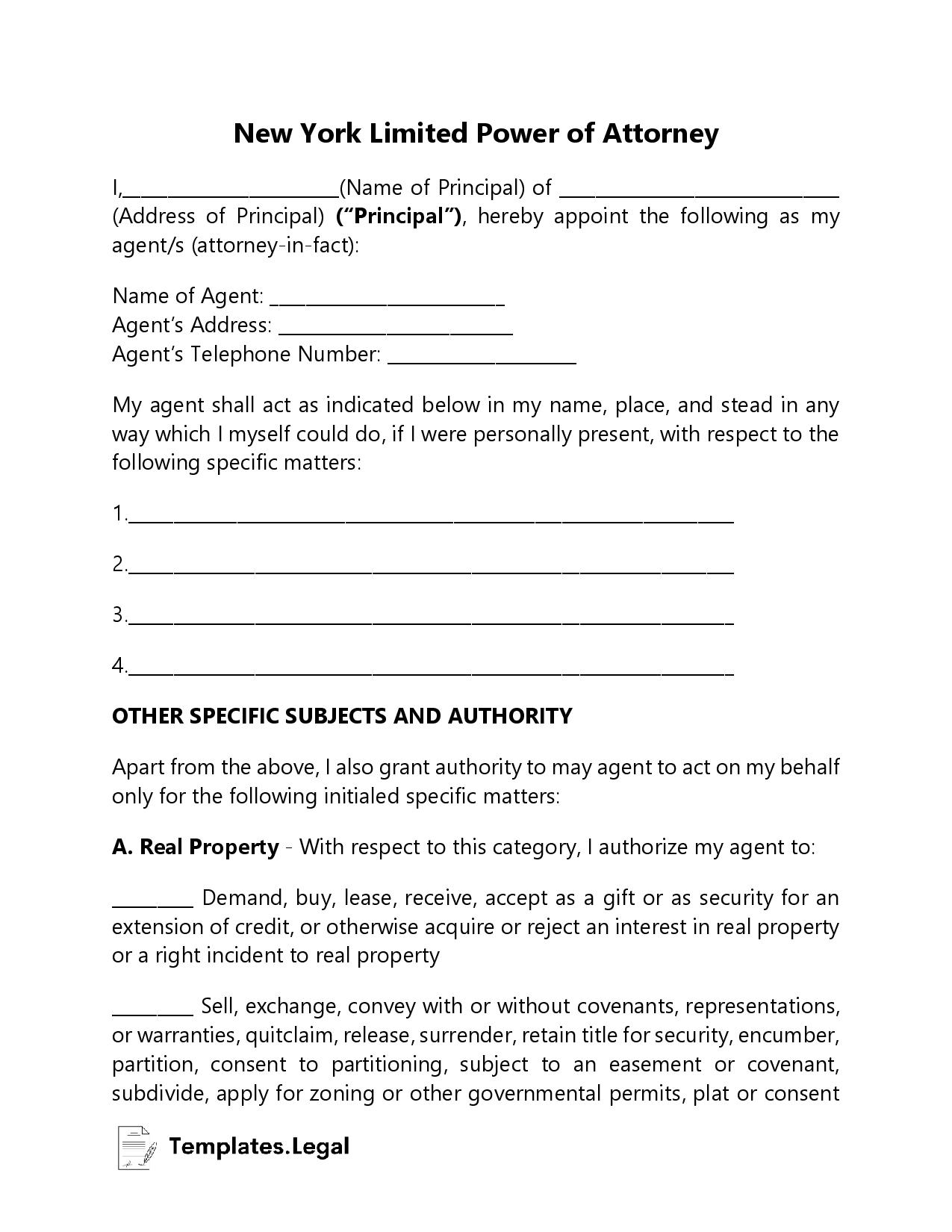 You may not like to think about a time when illness or injury renders you comatose or unable to speak or communicate. A medical power of attorney (MPOA) in New York designates someone trusted to make difficult medical decisions when you are unable. 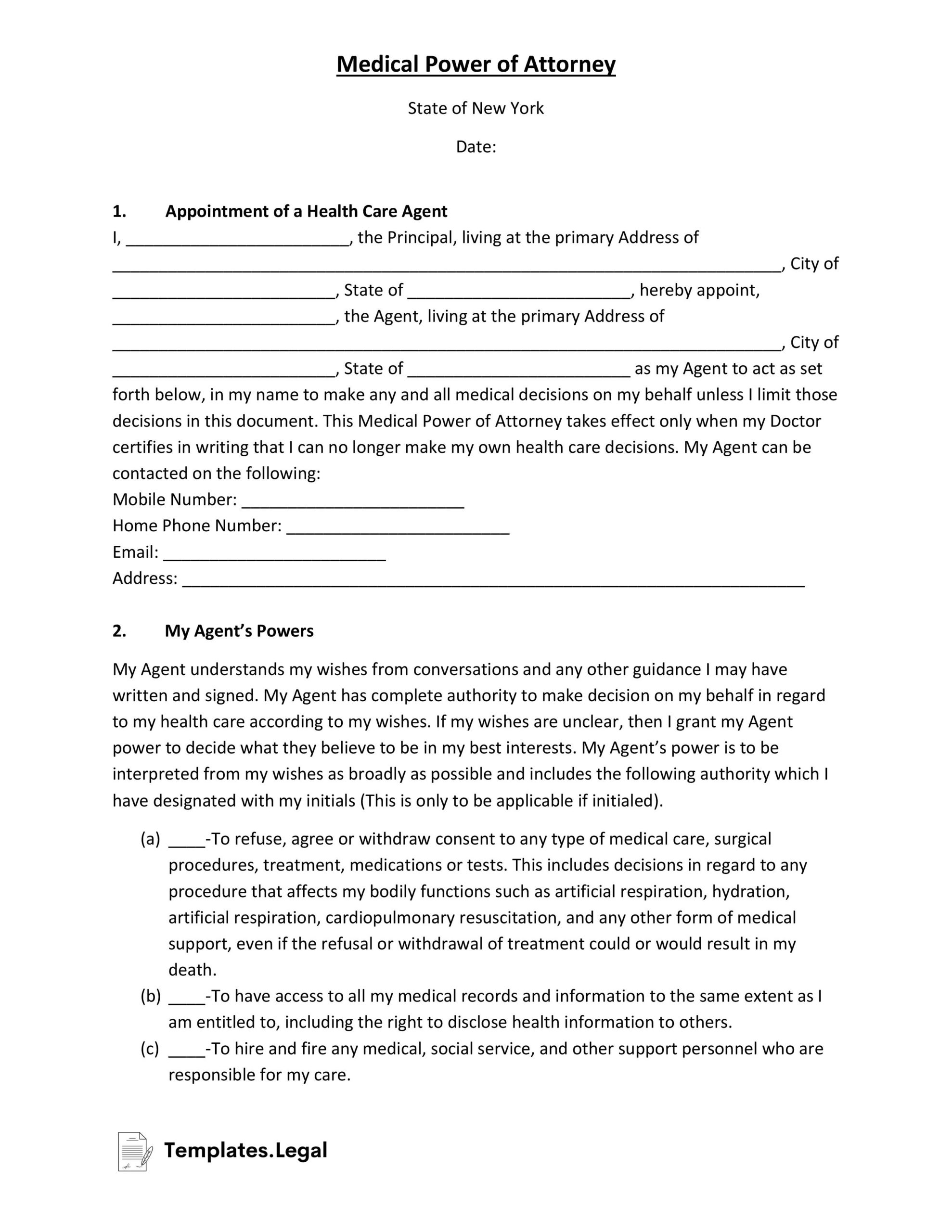 A New York minor power of attorney (CPOA) grants someone temporary guardianship and parental rights over a child due to situations such as military service or education.

To get a POA in New York, you don’t necessarily need a lawyer, but you will need:

You can end a POA agreement at any time and for any reason. You just need to inform the agency in writing and inform institutions such as your banks that the agreement has been terminated. The agreement also ends if you or the agent dies.

Once designated, agents are required to sign documents and checks. When signing, agents must disclose that they are acting on behalf of the principal. For example, it’s best to sign [Agent’s Name with signature], acting on behalf of [Principal’s Name].